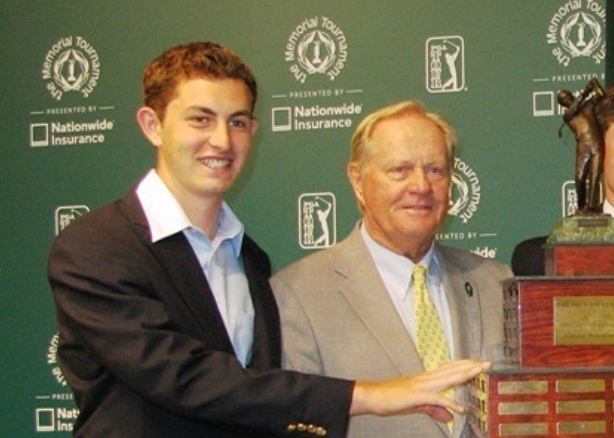 Patrick Cantlay’s win last weekend at the Shriners Hospitals for Children Open was one of the feel-good stories of the calendar year.

In 2011, as a freshman at UCLA, Cantlay swept all the major awards – the Haskins and Nicklaus as the top college player; the Mickelson as the best freshman, and on and on.

As the No. 1 ranked amateur golfer in the world (with Jordan Spieth No. 2) for 54 straight weeks – right up until he turned professional, Cantlay was the can’t miss of can’t misses.

Five-plus years later – overcoming tragedy and injury, the can’t-miss kid finally broke through to join the ranks of the “successful young guns,” according to one of Cantlay’s most-famous fans.

“Congratulations to 2011 Jack Nicklaus Award winner Patrick Cantlay on his first PGA TOUR win,” wrote Jack Nicklaus, in a posted message to Instagram. “I followed him at UCLA and as an amateur, and I know a back injury has detoured him from professional success.

We sat down at the Memorial this year and talked about golf, his game, and what the future held. He is a nice young man I’ve rooted for and I’m just delighted to see him win. This will help set the stage for greater things to come. He is now one of the successful young guns!”

Cantlay responded, “Thank you Mr. Nicklaus, I always enjoy our time together.”