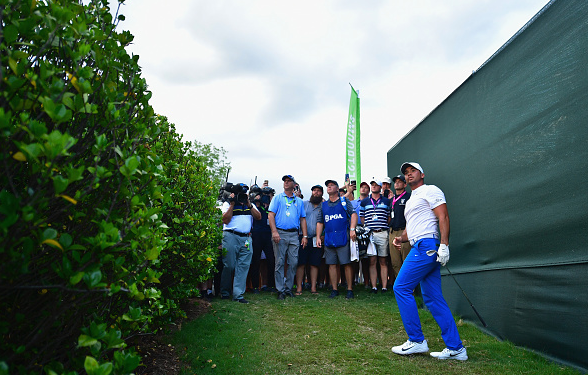 PGA Tour journeyman Kevin Kisner remains the (surprise) man alone at the top of the PGA Championship leaderboard after 54 holes of play at a challenging Quail Hollow Club.

Kisner struggled somewhat, but so did everyone else, and his 1-over 72 was good enough to take a one shot lead into Sunday’s final round. He will be paired with Chris Stroud, who is an even bigger surprise at 6-under and tied for second with Hideki Matsuyama. 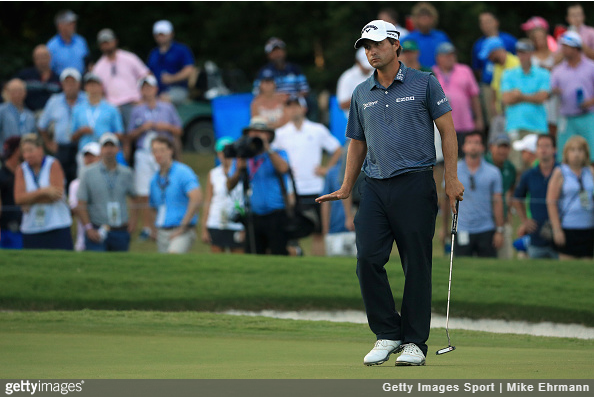 If anyone told you in the pre-season that a couple 30-something journeymen named Kevin Kisner and Chris Stroud, who had one win between them in over 600 PGA Tour starts, would be the two guys in Sunday’s final pairing of golf’s final major at the now uber-difficult Quail Hollow, you’d probably have responded by asking, “What are you smoking?” But here we are. That’s golf.

Kisner, 33, has two career wins, the RSM Classic last season, and the Colonial this year. The 35-year old Stroud won his first title last week at the Barracuda.

Old friend Jason Day looked like the former world No. 1 during parts of Friday and Saturday, but then turned into the 2017 version of J-Day down the stretch on Saturday, highlighted by a quad on the 18th, to finish at 6-over 77 and end his 54 holes at even-par – and dashing any hopes for his first win of the season. 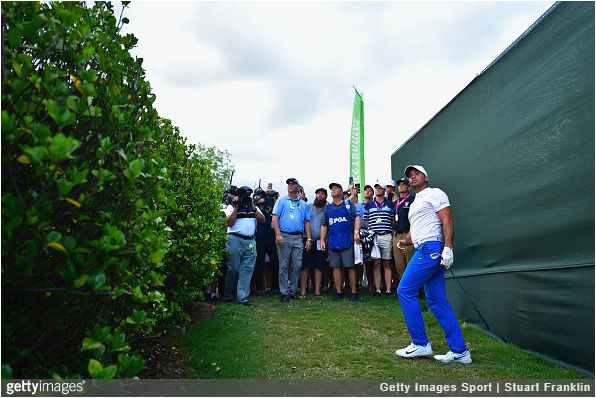 Many thought Hideki Matsuyama would run away with the tournament on Saturday, but the the 25-year old Japanese star struggled with his putter, and posted a mediocre 2-over 73.

Yet, the world No. 3 is still only one shot back, tied with Stroud.

With the stars all but done, Matsuyama could easily catch fire on Sunday, coupled with the clock striking midnight on the Kisner-Stroud duo, and run away with his first major. Two ‘names’ that are also in the hunt, and to keep an eye on, include Justin Thomas and Louis Oosthuizen, who are tied for fourth at 5-under.

As described above, Day was the stand out flame out, but others who put in disappointing moving day performances, essentially ending their major hopes, included: Paul Casey (+3), Dustin Johnson (+2), Brooks Koepka (+3), Rory McIlroy (+2) and Jordan Spieth (E).

Stroud continues to impress. The 35-year has posted three rounds of 68-68-71. Those are scores that Day, Spieth, et al would kill to have right now.

After the opening round, Stroud commented, “Just going to keep living this foggy dream I’m in right now and ride it as long as I can.”

That dream continues. For at least one more day.

PGA Pro Champion Omar Uresti posted a 9-over 80 to grab the title of worst performer of the day.