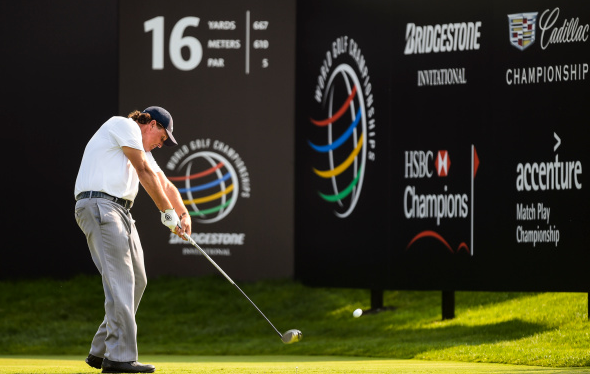 It was a few years ago that one prominent golf writer pined for change to the World Golf Championship rota, calling venues like Tucson’s Dove Mountain and Akron’s Firestone Country Club “uninspiring.”

Tucson, yes. And thankfully it didn’t take long for the WGC Match Play to secure a new home in Austin.

Firestone, though? Losing that one might have met with player revolt.

“I can’t see how you couldn’t rank this as one of the top 10 courses we play every year,” Jim Furyk said then.

Firestone’s a brute, but there are no hidden secrets. It’s long, narrow and right in front of you. Top pros tend to like that.

“Honestly, I think this is one of the best courses we play all year,” Rory McIlroy said. “It’s not like it’s in a major city, but that’s not what we’re here for. We’re here to play a golf tournament.”

That said, here’s this week’s 10 top storylines at Firestone – and beyond.

McIlroy’s arrival at Firestone comes with high intrigue, with focus turning to the man joining him on the fairways.

It won’t be J.P. Fitzgerald. 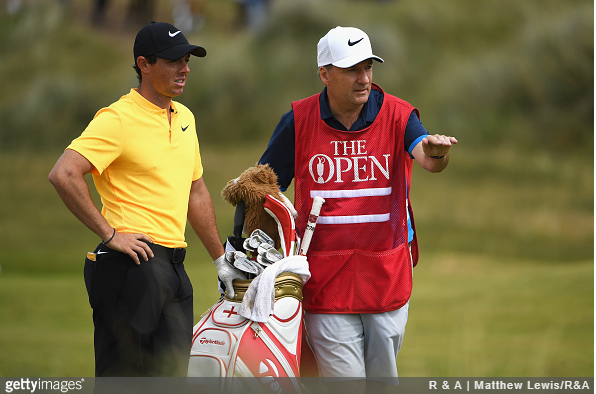 McIlroy’s longtime looper was given his walking papers, according to multiple reports, ending a nine-year partnership that included four major championships, 18 other wins worldwide and last year’s FedExCup crown.

But next week’s PGA Championship will mark three years since his last major, and McIlroy has run hot-and-cold in recent starts. Their last pairing resulted in a share of fourth at the Open Championship.

Oddly, the move comes after McIlroy credited Fitzgerald for snapping him out of an early funk at Royal Birkdale with some choice words. Something along the lines of: “You’re Rory McIlroy! What the (bleep) are you doing?”

Nobody raked in World Golf Championship trophies like Tiger Woods, who collected 18 while dismantling the likes of Firestone and Doral.

But even Woods never accomplished what Dustin Johnson has a chance to do in 2017 – win all four in the same year. 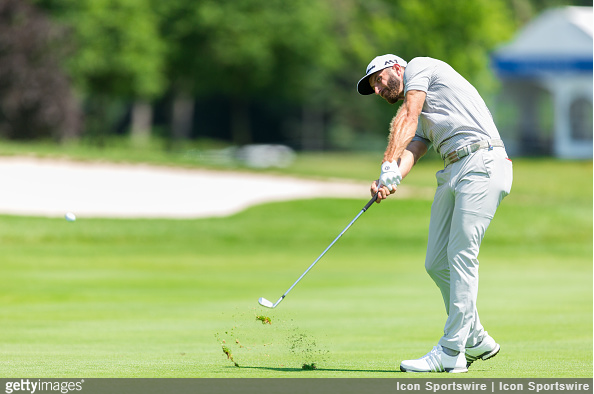 Johnson is halfway there, having triumphed both at Mexico and the Match Play back in the spring. That was part of his three consecutive wins leading up to the Masters, which ended in a heap on the stairs of DJ’s Augusta rental home.

Fifteen weeks later, the next WGC arrives with Johnson seemingly back on the upswing. A tie for eighth at the RBC Canadian Open was his first top-10 since he was runner-up at the Wells Fargo Championship.

Even a third WGC title would set a new standard, as Woods never captured more than two in any single year. He did win three straight in wraparound fashion, triumphing at Doral and Firestone in 2007 before taking the 2008 Match Play.

If a golf course is valued for the champions it crowns, Firestone approaches the gold standard.

In 63 PGA Tour events at Firestone’s South course, starting with the old Rubber City Open in 1954 and including three PGA Championships, the champions roster includes 14 members of the World Golf Hall of Fame. And that doesn’t count Tiger Woods and his eight wins. 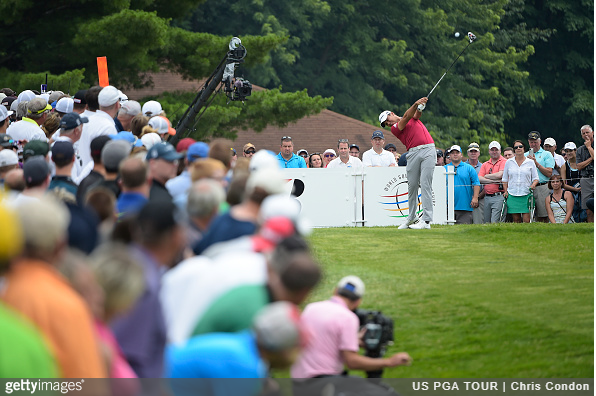 Mash them together, and those 15 golfers are responsible for 28 of the 63 victories at Firestone.

Recent years have only magnified that quality. Over the Tour’s past 22 stops at Firestone, all but two winners also have a major title on their portfolio – a run that includes the last five editions of the old World Series of Golf, before the event came under the WGC banner.

A handful, such as Phil Mickelson and Adam Scott, won at Firestone before they captured a major. But even Darren Clarke and Stewart Cink eventually claimed major hardware. Perhaps that’s encouraging news for current outliers Hunter Mahan and Shane Lowry.

Though major championships sometimes stretch one even further, Firestone’s 667-yard 16th hole is the longest seen by PGA Tour players on an annual basis.

When Robert Trent Jones revamped Firestone for the 1960 PGA Championship, he suggested No.16 might be “the Waterloo hole of the course,” because of its length – 625 yards then – and the pond fronting the green. 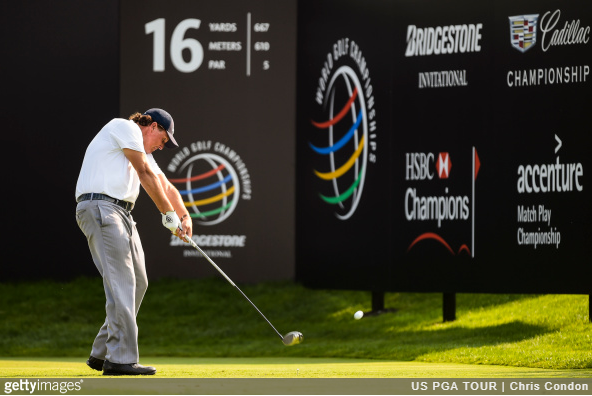 Arnold Palmer had another name for it – “The Monster” – after a triple-bogey 8 that knocked him out of contention.

As with most things Palmer, that one stuck. And he was far from the only one to meet misfortune. Curtis Strange and Paul Bondeson have carded 10s there. Lee Trevino is among those who have taken a 9. Padraig Harrington’s triple bogey created a four-shot swing that handed Woods the 2009 crown.

One side note: On Wednesday, Firestone will rename a stone bridge at No.16 in Palmer’s honor.

By now, we all know that Jordan Spieth can become the youngest to complete the career Grand Slam by winning next week’s PGA Championship at Quail Hollow.

This week, he has a chance to fill an empty spot elsewhere on his portfolio. 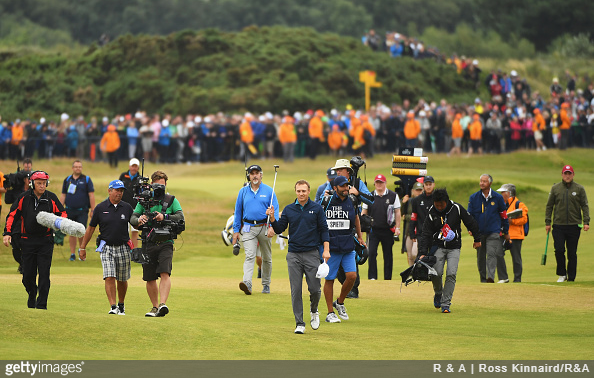 Spieth has yet to win a World Golf Championships event, with this week’s trip to Firestone marking his 15th start in those showcase events. He does own three top-10s in WGCs, plus a quarterfinal appearance at the 2014 WGC Match Play.

Two of those top-10s have come at Firestone, including a share of third last year when a closing 67 left him among those three shots behind DJ. He also tied for 10th in the 2015 edition.

Then again, that’s nothing compared to Lee Westwood and Sergio Garcia.

Westwood is set for his 58th WGC start, adding to his total atop the all-time chart. He’s missed only six opportunities since the series was christened in 1999. Garcia is next on the list with his 53rd start upcoming. 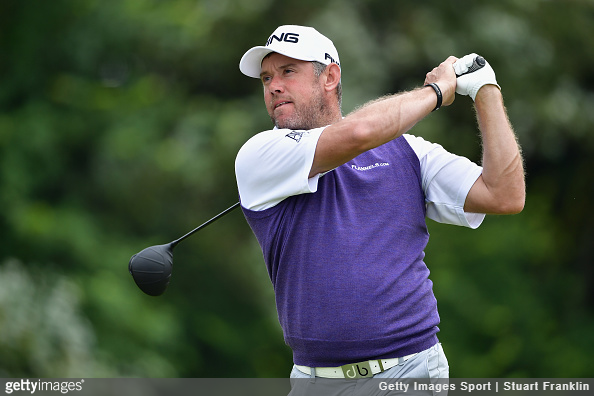 Neither one has a WGC crown to his name, either.

Garcia came the closest, taking a three-shot lead into 2014’s final day at Firestone before a closing 71 opened the door for McIlroy to zoom past. Westwood has three runner-up finishes, twice by one stroke – 2008 at Firestone and two years later in China.

Even with his eight wins there, Woods doesn’t own the lowest career scoring average at Firestone. That belongs to Keegan Bradley, who has fashioned a 68.15 average in his five appearances (20 rounds). Woods is next at 68.34. 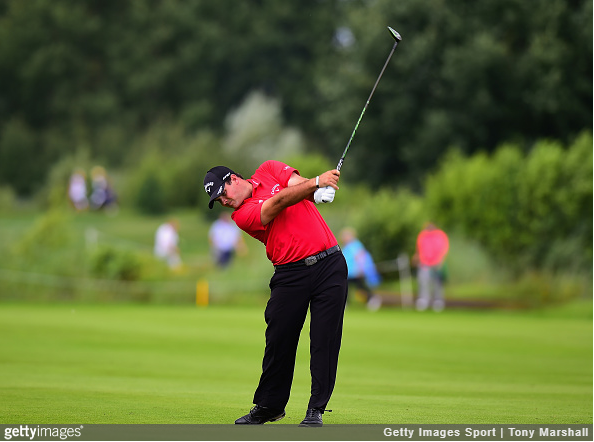 Bradley, by the way, has yet to finish lower than 17th at Firestone, including a three-year run in which he chased down Furyk for the 2012 title, was second behind Woods in 2013 and tied for fourth a year later.

Neither Bradley nor Woods are in the field this week, so their positions are relatively secure. The lowest among active players is Patrick Reed (68.63), needing a 268 this week to displace Bradley atop the chart. The winning number hasn’t been that low the past two years, but was in the six editions before that. 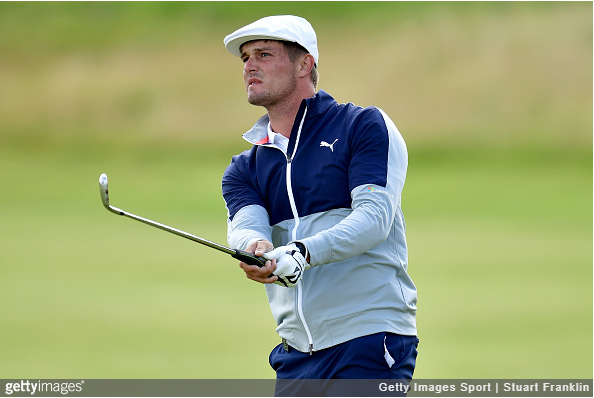 Ariya Jutanugarn is defending champion at this week’s Women’s British Open, but the 21-year-old Thai pro is dealing with some downward trends as she heads to Scotland’s Kingsbarns Golf Links. 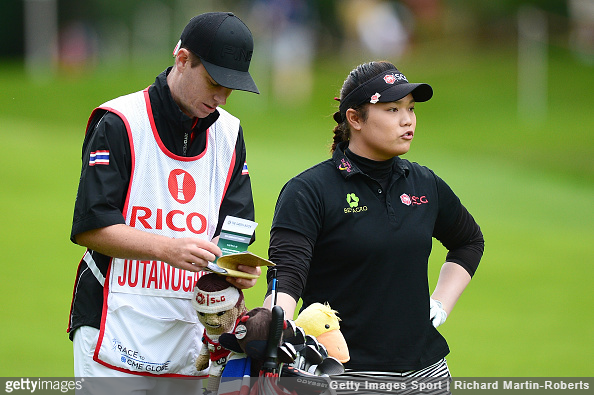 Jutanugarn hasn’t fared well when the Open has gone to links courses, missing the cut two years ago at Turnberry and placing 45th a year earlier at Royal Birkdale. Last year’s edition was played at Woburn Golf Club, an inland course more like what’s seen on the LPGA circuit.

More concerning, perhaps, has been her performance since briefly ascending to No.1 in the world rankings. That includes missed major cuts at the Women’s PGA Championship and U.S. Women’s Open, flanking a WD in Wisconsin. She’s broken 70 just once in her past nine rounds.

Davis Love III and son Dru are both entered at the Barracuda Championship in Reno, the fourth time this season that they will tee it up in the same PGA Tour field. 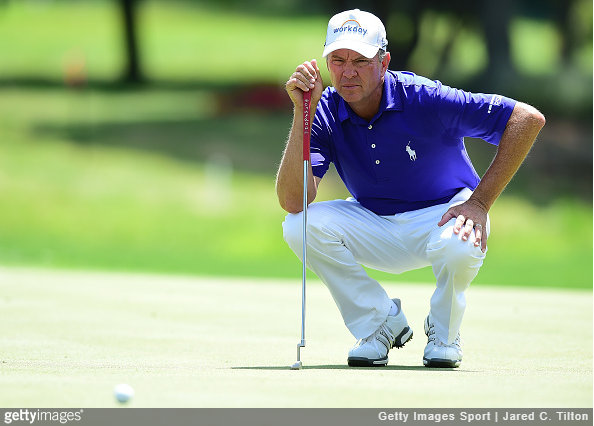 So far, Dad still holds the advantage. DL3 tied for 29th at the Greenbrier Classic after turning back the clock with an opening 63, also placing 67th at the Barbasol Championship two weeks ago in Alabama. Both missed the cut at last November’s RSM Classic.

DL4 – whose nickname is a play on “quadruple” – is still seeking his first weekend play as a professional.