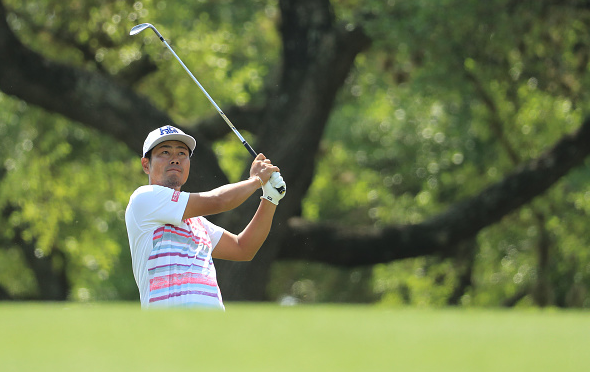 Can anyone touch Dustin Johnson right now? I don’t think so. Johnson is on a Tiger-esque run and has captured his 3rd straight win.

The world number one outlasted an amazing run by Jon Rahm. The ASU Alum was 5-down after 8 holes but a fierce comeback allowed Rahm to get within 1, but a par at the last sealed the deal for Johnson.

Bill Haas finished 3rd by beating Hideto Tanihara in the Consolation match (2-up).

To wrap up the coverage of the WGC-Dell Match Play, here are the best 3 shots from the week.

Tanihara couldn’t pull off the Sunday morning upset of Johnson but still got a chance to play for third against Bill Haas in the afternoon. Despite losing to Haas, Tanihara recorded an ace at the Par-3 7th.

Tanihara was a Cinderella heading into the Final Four, but a 4th place finish nets him a great deal of cash and an invite to Augusta.

The winner of Group 16, Zach Johnson found himself in a battle with Brendan Steele in his final match of group play. Johnson came to the Par-4 13th, 2-up, and pulled the driver out for the aggressive option.

Zach Johnson nearly had an ace on Friday,

Johnson’s tee shot landed on the front of the green and nearly popped in for an ace on a Par-4! Johnson went on to two putt and halve the hole.

Haas’s Chip In To Stay Alive

Bill Haas and K.T. Kim were in sudden death playoff to see who advances out of there group. Haas’s approach to the Par-4 2nd sailed into the hazard left of the green and needed to chip in for par.

The perfect shot, just when Bill Haas needed it most.

Haas ended up hitting the perfect chip that went in. Haas advanced out of the group play by making birdie at the Par-5 6th and ended up with a 3rd place finish.