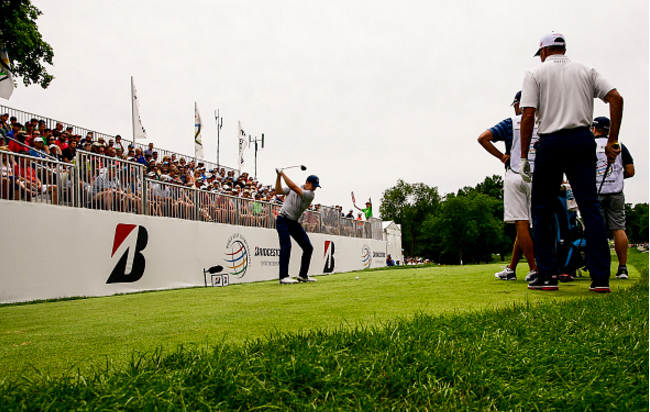 The PGA Tour will tee it up this week at Firestone CC for the 19th edition of the WGC–Bridgestone Invitational, in what marks the beginning of the stretch run towards the playoffs.

With just three weeks remaining in the regular season, players this week in Ohio will be looking to gain some momentum as they head into the season’s final major at Quail Hollow, and after that, the FedEx Cup playoffs.

As the host course of the Bridgestone Invitational since its inception, Firestone CC has been consistently rated as one of the tougher stops on the PGA Tour. Let’s take a look at the three key statistics to success at this venerable Akron course.

Fairways here are tree-lined and are quite undulating. Firestone is consistently ranked as one of the toughest on tour as far as hitting fairways are concerned. Looking back at the 2016 tournament, many will recall Jason Day essentially losing the tournament after he missed the fairway on 16, and again on his punch out.

Most Accurate Drivers This Week:

Although the greens at Firestone average 7,600 square-feet, they are quite narrow. Keeping approach shots on line will have its advantages. Firestone is annually ranked as one of the toughest courses on tour to hit greens in regulation.

Most Accurate To Greens This Week:

Thanks mostly to the “Monster” 16th, Firestone traditionally has the highest par-5 scoring average on tour. Tiger Woods always took advantage on these par 5s to gain ample shots on the field.

Saurav Ghosh contributed to this report.