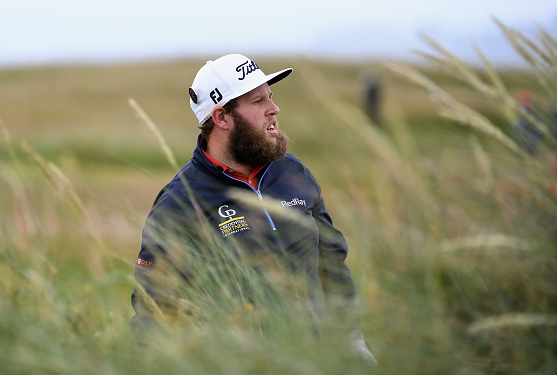 Week-to-week, the PGA is a paragon of parity. In 35 events this season, 30 different golfers have claimed a title. Big names (DJ, Day, Spieth) have won, in addition to unheralded champions such as Jim Herman, Brian Stuard, Greg Chalmers, and Billy Hurley III.

The major tournaments, have not shown the same level of parity, as six of the past eight major championship winners have come from the in the current pantheon of elites: Spieth x2, McIlroy x2, Dustin Johnson, and Jason Day. This should not be terribly surprising, since such emphasis is put on the majors. The cream typically rises to the top, and these tournaments exult a lot of cream.

That being said, surprises still do happen, and predicting the correct surprises can be very prolific in the worlds of gambling and fantasy. With all the attention the elites justifiably get, there are other still great golfers who present tremendous value. The following is a group of four, all at 250/1 odds, that are worth an extended look.

Weather forecasts for Troon are predicting good conditions for Thursday, and then poor conditions for Friday, Saturday, and Sunday. That tidbit, combined with Royal Troon’s difficult “out-and-back” design, where the back nine plays into the wind, can benefit anyone who can take advantage of round one and the front nine.

Enter Jamie Lovemark: 9th in round one scoring average (69.4) and 18th in front nine scoring average. He also ranks 10th in scrambling and is well above-average in ball-striking. He has only missed five cuts in 20 events, which is a tremendous advantage in fantasy games. At just $6000 in DraftKings, he is a bargain. He has only played in one previous major (2015 U.S. Open), but did well, finishing T18.

Similar to Lovemark, Brendan Steele is a guy who has shown he can get off to a good start, as he ranks 4th on tour in round one scoring average (69.28) and 38th in front nine scoring average. And like Lovemark, Steele plays a lot of weekends, missing only four cuts in 19 events this season. Being 12th in GIR is also a very positive sign for the 33-year-old. Steele has recently displayed an affinity for majors as well, with a T15 at the U.S. Open, and a T12 at last season’s PGA Championship.

The popular European Tour member affectionately referred to as “Beef”, has surprisingly long-odds for how well he has played this season. He won Sergio Garcia’s event back in April, and has four other top-15 finishes on the season, including a T7 at the BMW Invitational, the Euro Tour’s flagship event. His 73.00% in GIR in Europe would rank #1 on the PGA Tour, if he had played.

The 27-year-old Englishman does not have a ton of experience on the biggest stages yet, but if you’re looking for a sleeper who has shown flashes of greatness and is familiar with links golf, Johnston might be your man.

Knost was an alternate who was named to field when Brooks Koepka withdrew with an ankle injury. Knost is having a breakthrough season on the PGA Tour, as he is currently 40th in the FedEx Cup standings. He leads the tour in driving accuracy, is 12th in scrambling, and above average in GIR. His recent form has been especially tremendous, with three top-four finishes in his last five events, including a T3 at The Players Championship. Like the others on this list, he lacks major experience, but has the all-around game to be relevant at Royal Troon.