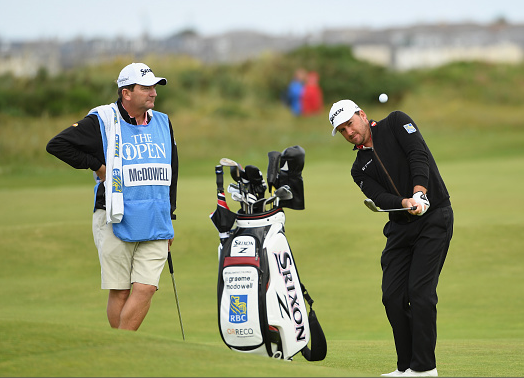 Following up on our Power Picks for the 145th British Open Championship at Royal Troon, here are this week’s Sleeper Picks for the third major of the professional golf season.

If Dustin Johnson had decided on chill on his boat for a couple weeks or so, the 37-year old Piercy might have been the hottest player coming in this week. Piercy grinded out a fantastic T-2nd finish at the US Open and followed that with another 2nd place finish at the WGC-Bridgestone. He might just be this year’s Todd Hamilton and keep the American streak alive at Royal Troon.

The 2010 US Open Champion has been in a slump for quite some time now but the Old Course should suit his game well. He’s straight off the tee and has a wonderful short game to go with it. Last week he finished T-10 at Castle Stuart and had a solid US Open where he finished T-18. McDowell also has two Top-10 finishes in his last four British Open starts.

The 2011 Masters Champion made a lot of noise recently when it was announced that he’s switching from Nike clubs to PXG. It’s quite unheard of to switch equipment a week before a major championship. But with three wins in the last nine months, and five consecutive Top-25 finishes, he is one player to keep an eye on this week.

It’s hard to believe that Russel Knox ranks 5th in the FedEx Cup Standings and is in fact the highest ranked Scot in the world. Knox won the HSBC – Champions last November and has followed that with three 2nd place finishes since then. Last week at the Scottish Open, Knox shot a final round 5-under 67 to finish in a tie for 10th place. Scotland is still looking for its first Major Champion since Paul Lawrie won at Carnoustie 17 years ago.

Nobody expected him to win last year but he did what was required, shooting a final round 6-under 66, beating Louis Oosthuizen and Marc Leishman in the playoff. On the 72nd hole, Johnson got the birdie, which Jason Day and Jordan Spieth couldn’t. His trajectory probably suits links-golf more than anyone else on tour. Johnson is someone who has always played to his strengths and expect him to do the same this week. The 2007 Master champion will be looking to become the first back-to-back winner of the Open Championship since Tiger Woods did it in ’06 and ’07.