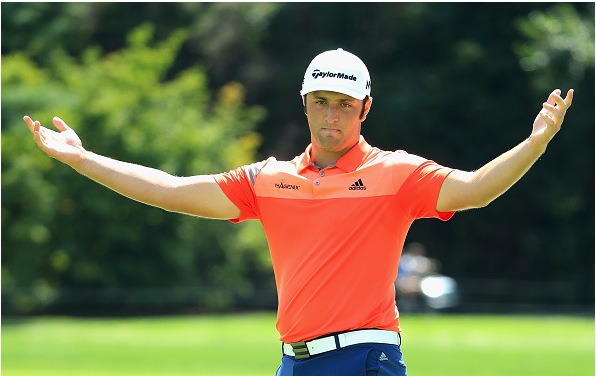 A result of trial and error, the FedExCup Playoffs were tinkered with considerably in its early going. The Tour felt a big change was especially necessitated after the 2008 playoffs, where Vijay Singh had so many points that he clinched the FedExCup title well before the TOUR Championship, sucking all the drama and intrigue from the final playoff event. 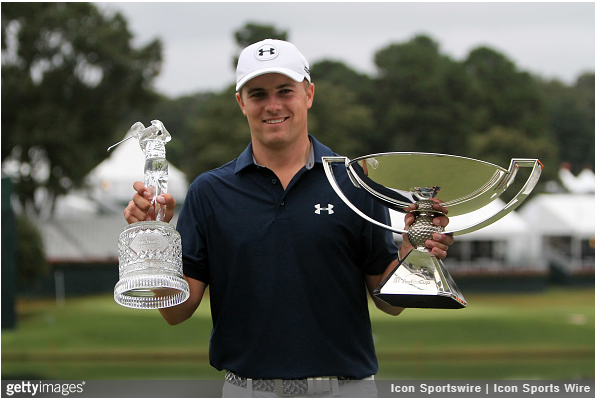 Since then, points are reset before the TOUR Championship. In its current system, first place is reset with 2000 points, second with 1800, and decreasing down to No. 30.

This is done to give more players a reasonable chance to win the FedExCup in the final event of the playoffs. In fact, anyone in the top five going into East Lake automatically wins the FedExCup with a victory.

Players aggressively fought for those positions, and after three playoff events, the five leaders are as follows:

Despite being just turning 24 years old in late July, Spieth could become the second player (Tiger Woods) with two FedExCup Championships with an East Lake victory this week. 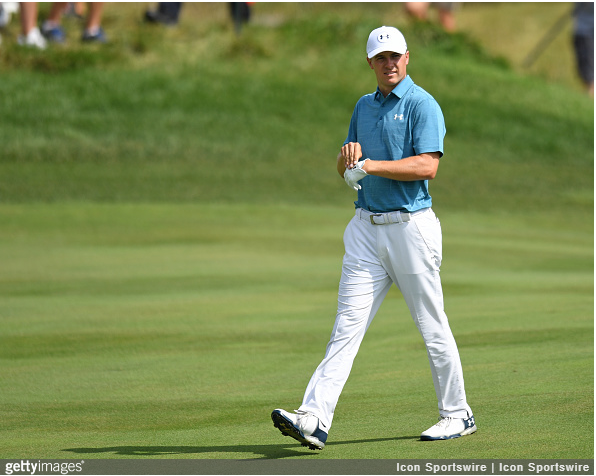 The 2015 FedExCup winner came into that year’s TOUR Championship at No. 2 in the standings, but passed No. 1 Jason Day with a four-stroke win over the trio of Danny Lee, Justin Rose, and Henrik Stenson.

After a 2016 season that fell mildly short of the prodigy’s lofty, almost-unreasonable standard, Spieth had a banner 2017, highlighted by 11 top 10s in just 22 events with three victories, including a major triumph at The Open Championship.

The world No. 2 led the Tour in strokes gained: approach-the-green, scoring average, and birdie average. His $9.1 million in 2017 earnings is nearly $4 million more than last season.

Spieth did not win any of the 2017 playoff events, but finished highly in all three, taking runner-up to both Dustin Johnson (The Northern Trust) and Justin Thomas (Dell Technologies Championship), while finishing T7 at last week’s BMW Championship.

Amazingly, this will be Spieth’s fifth appearance at East Lake, as he has made it to the playoff finale in all five of his Tour seasons. 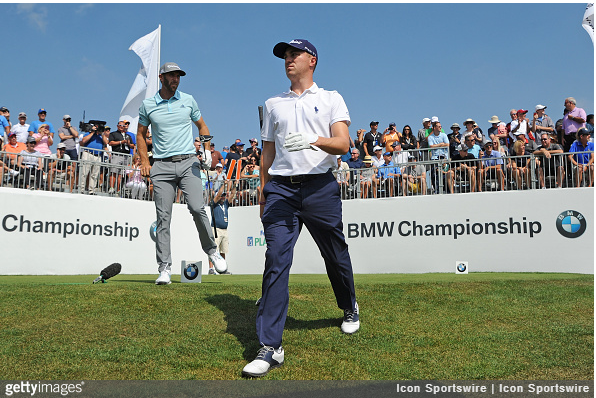 Conway Farms, the site of last week’s BMW Championship, was apparently what the rest of the field needed to cool off the 24-year-old. Thomas got off to a great start with an opening-round 4-under 67, but was defeated by the course the next three rounds, shooting 70-71-71 to finish T47.

Thomas has run hot-and-cold at different points this year, starting the season with a victory binge, and missing three straight cuts at one point midseason, but when he has been on, he has been the best player on Tour this season. This may have been best shown when Thomas shot a third-round 9-under 63 in the third round of the U.S. Open.

The Kentucky native’s eleven top 10 finishes, tied with Spieth for the season lead, can be credited largely to a pristine iron game.

This will be Thomas’ second appearance at East Lake, finishing T6 in last year’s edition.

The famously stoic World No. 1 Dustin Johnson might be the toughest mystery to crack coming into the playoff finale. With three straight victories in a stretch over February and March, DJ looked to be on a different level than the rest of the planet, and at one point, his lead over the man who was No. 2 in the world rankings was nearly as large as the point difference between No. 2 and No. 30. 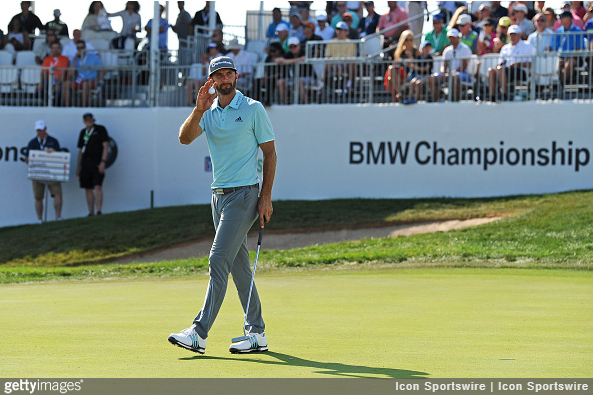 After a freak injury on Masters eve forced Johnson to withdraw from Augusta, he cooled off, and from March to late August, we mostly saw his B or C game, well short of what he flashed early on.

Then, at The Northern Trust, the first leg of the playoffs, Johnson triumphed in a thrilling playoff within the playoff, winning on the first extra hole over Jordan Spieth. Johnson remarked afterwards that he felt like he was back to his pre-Masters form, a potentially scary prospect for the rest of the Tour.

However, his performances at the second and third playoff events were incredibly inconsistent. At the Dell Technologies Championship, he was the first-round leader after an opening 66, a round he would replicate on Saturday.

Unfortunately, he looked lost in the other two rounds, shooting a second-round 72 and a final-round 73 to finish T18.

The BMW was more of the same, as a 71-72 start at a course the field was obliterating gave him too deep a hole to climb. Despite shooting 69-64 over the weekend, DJ finished T33.

Johnson should be extra motivated to win the FedExCup after it just barely eluded him last year. If not for a 137-yard hole-out eagle late on Sunday by Rory McIlroy, Johnson is likely going into East Lake this year as the defending champion.

In seven of his past eight rounds, the 33-year-old Leishman was, by far, the best player on the course. At the Dell Technologies Championship, he found himself in an intense Sunday battle with Justin Thomas and Jordan Spieth, and even led at the turn, but a poor back nine dropped him to third place. 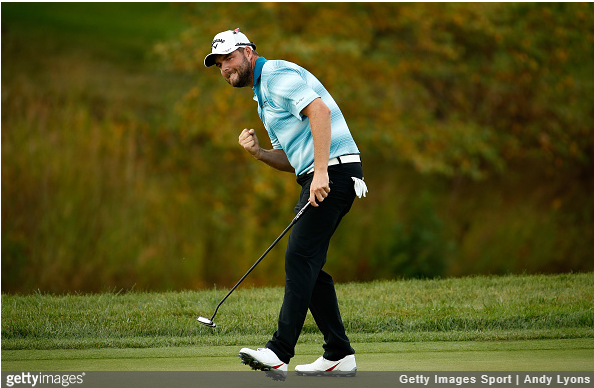 Then, at last week’s BMW Championship, Leishman was a wire-to-wire victor, opening with unbelievable rounds of 62 and 64, and then staying well out in front all weekend with scores of 68 and 67.

Tee-to-green, Leishman is playing the best golf of his life, and if he can keep that same form at East Lake, he will likely finish the tournament $10 million richer.

Surprisingly, this will be Leishman’s first attempt at the TOUR Championship, but with two victories on the season, and four top 10s in his last seven events, Leishman’s playoff disappointments are not much of a consideration.

Playing in his first FedExCup Playoffs, 22-year-old phenom Jon Rahm has executed an unprecedented performance. With finishes of T3, T4, and T5 that included 11 of 12 rounds in the 60s, Rahm is in an enviable position with an overall top five spot. 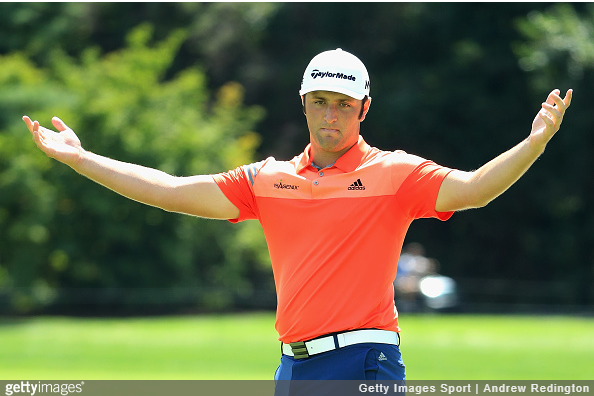 For most playoff rookies in their early 20s, this kind of performance would be shocking, but with the regular season Rahm had, no one is surprised by where he currently sits.

Ranked No. 5 in the world, Rahm had ten top 10 finishes in 2017, including a win at the Farmers Insurance Open, two runner-ups, and two third places. He also dominated a European Tour event, winning the DDF Irish Open by six strokes back in early July.

At No. 2 on Tour in strokes gained: off-the-tee, Rahm’s driver gives him an advantage that very little of the Tour can touch.