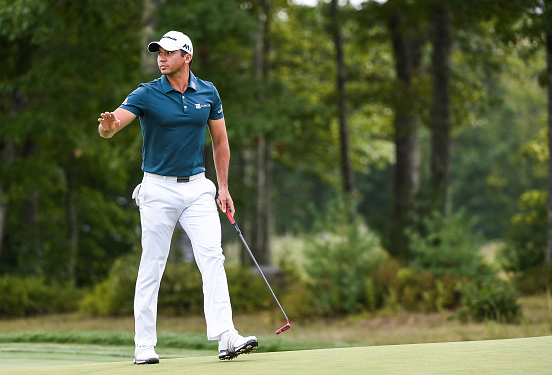 Here are our Power Picks for this week’s third leg of the FedEx Cup Playoffs.

The winner of The Barclays, Patrick Reed, had another strong outing at the Deutsche Bank Championship. Reed put together four solid rounds at TPC Boston to finish T-5. Reed has finished no worse than 22nd in his previous eight starts on the PGA Tour. He now has 11 Top-10 finishes this year, just two less than Dustin Johnson.
FedEx Cup: 1
OWGR: 8

Former World No. 1, Adam Scott, is also in terrific form entering the third leg of the FedEx Cup Playoffs. Although his two wins came quite some time ago, his two consecutive T-4 finishes goes to show the kind of form he is in. Scott hasn’t missed a cut on the PGA Tour in more than a year. He finished T-6 at the 2012 BMW Championship played at Crooked Stick.
FedEx Cup: 5
OWGR: 6

Jason Day wasn’t quite as impressive last week as some hoped him to be, but considering that he’s not in the best of form, he still finished T-15 at TPC Boston, which is quite a performance. Although, he hasn’t won since The Players Championship, Day has finished outside the Top-25 just once during this period. Day is making his first start at Crooked Stick Golf Club.
FedEx Cup: 2
OWGR: 1

A lot of people expected Dustin Johnson to provide some major entertainment during the playoffs, but unfortunately he hasn’t really put on much of a show yet. Nevertheless, Johnson ended the Deutsche Bank Championship on the perfect note with a 5-under, 66, to finish T-8. If there is one player who can emulate John Daly’s success at Crooked Stick in the 1991 PGA Championship, it’s Dustin Johnson. He finished T-6 at the 2012 BMW Championship.
FedEx Cup: 3
OWGR: 2