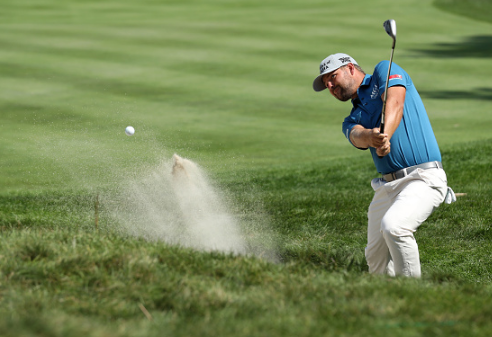 To go along with our Power Picks, here are 5 Sleeper Picks for this week’s BMW Championship at Crooked Stick Golf Club.

Looking at Paul Casey play on Monday, his composure surely seemed a little off as compared to the first three rounds. Although some would say that Casey struggled, others would point that his grittiness surely gave him a chance during the closing stretch.

This was Casey’s first 54-hole lead in six years. He enters the BMW Championship with two Top-10 finishes in his previous four starts.
FedEx Cup: 10
OWGR: 22

Another consistent performer over the last month has been Ryan Moore. Moore finished T-7 at The Barclays and followed that up with his T-8th finish at TPC Boston.

The Winner of the John Deere Classic less than a month ago, Moore finished T-10th at the BMW Championship in 2012 which was played at Crooked Stick Golf Club.
FedEx Cup: 12
OWGR: 37

Two-time winner on Tour this year, Russell Knox made some noise during the final round of the Deutsche Bank Championship.

Knox put together rounds of 73-67-69-67 to finish T-15. Whether he agrees or not, he surely has something to prove to Darren Clarke for not being picked for Ryder Cup.
FedEx Cup: 7
OWGR: 19

Following his runner-up finish to Patrick Reed at The Barclays, Emiliano Grillo finished with a 3-under, 68, in the final round to finish T-33rd.

Grillo hasn’t missed a cut on the PGA Tour since early May, and has five Top-15 finished during this period. The young Argentinian is just one of two rookies to make it to the BMW Championship.
FedEx Cup: 8
OWGR: 26

Another consistent performer at the Playoffs has been Gary Woodland. Following his T-4 finish at Bethpage Black, Woodland carved out a Top-15 finish at TPC Boston.

The long hitting Woodland is making his first appearance at Crooked Stick, a course which ideally suits the long-hitters.
FedEx Cup: 21
OWGR: 50