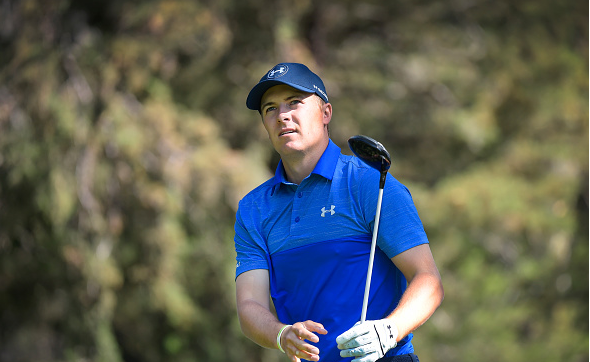 The WGC-Dell Match Play is effectively the final tuneup for the world’s best golfers, prior to Masters week, and that “tradition unlike any other” down in Augusta, Georgia.

Once again, the Dell Match Play will be hosted at the Austin Country Club, a Pete Dye-design track which measures 7,108 from the tips, and plays to a par 71.

This year’s edition brings forth an impressive collection of elite talent to Austin, including 64 of the top 69 ranked players in the world.

It’s fruitless to start rattling off the ‘big-names’ as they’re all pretty much in the field, and one could essentially drop 20 random player’s names into a hat and pick out 5 as ‘power picks’. But because they pay us the big bucks (not really!), let’s make this week’s selections: Dustin Johnson (#1), Rory McIlory (#2), defending champ Jason Day (#3), Jordan Spieth (#6), and Phil Mickelson (#18).

What’s there to say about Dustin Johnson that hasn’t already been uttered? The man is without question the best player in the world. DJ enters Austin with back-to-back wins (Genesis Open and WGC-Mexico), while further cementing his status as the world No 1.

World No 2 Rory McIlroy looked good in his first tournament back this year at the WGC-Mexico Championship, and he followed that up with a top-5 last week at the Arnold Palmer Invitational.

Rory is the A Player, and heads Group 2 – which also includes Emiliano Grillo (B, 26), Gary Woodland (C, 33), and Soren Kjeldsen (D, 62). McIlroy reached the semifinals last year before losing to eventual champ Jason Day. Woodland is having another strong year – currently ranked 9th on the Money List, while Grillo finished T7 at Bay Hill last week.

With a victory at the Players in May of 2016, Jason Day had won 7 (mostly big time) PGA Tour events, in just 17 starts – taking over the world No 1 position in the process. Since then, however, in 15 starts, Day is winless, and has relinquished his top ranking. So if Day is going to get back on that world #1 track, the WGC-Dell Match Play would be a good place to start for the defending champ.

Day is the A player in Group 3 along with Marc Leishman (B, 28), Lee Westwood (C, 43), and Pat Perez (D, 56). This appears to be a difficult draw for Day as Leishman is coming off a win, and Perez is, without question, the hottest ‘D Player’ in the field (currently ranked 6th in the FedEx Cup standings).

Jordan Spieth is currently ranked No 6 in the world, which is hard to believe. But a mediocre (for him) mid-late 2016 season has had a negative impact on his ranking. Spieth has plenty of experience at Austin Country Club – he played it fairly often during his time at the University of Texas.

Of the 5 power picks, Spieth looks to have the easiest path to the Sweet 16. His only competition should come against former U.S. Amateur champ Ryan Moore (B, 32). A couple of unknown Japanese Tour players round out Spieth’s group: Yuta Ikeda (C, 37), and Hideto Tanihara (D, 54).

Mickelson is no stranger to match play golf having been a staple on Presidents Cup and Ryder Cup teams for decades. He leads a group which includes J.B. Holmes (B, 31), Daniel Berger (C, 35), and Si Woo Kim (D, 63).