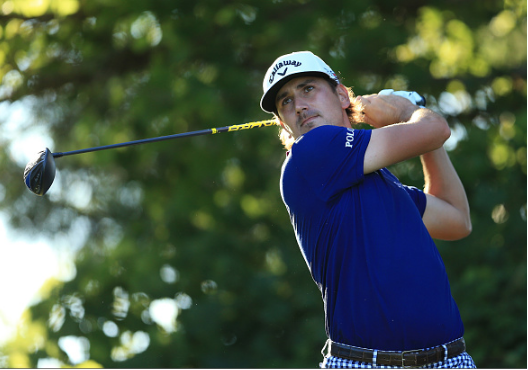 Kelly Kraft shot a 1-under par 71 today and is only one shot back of co-leaders Luke List and Dustin Johnson after round number two of the Canadian Open.

Here are five things to know about the former SMU star golfer.

If you thought Luke List was/is a surprise name at the top of the leaderboard, Kraft is an even bigger stunner to see near the top, especially heading into the weekend. Kraft is currently ranked 188th in the FedEx cup standings, and 470th in the world.

Kraft stunned the golf world for the first time in the 2011 U.S. Amateur at Erin Hills, beating then world #1 amateur Patrick Cantlay 2-up. Kraft finished his SMU career in 2011 ranked #31, earning him an All American honorable mention.

Following his surprise win at the U.S. Amatuer, Kraft wasn invited to play in the Masters. Following his 62nd finish at Augusta (as an amateur), Kraft turned pro and played in 10 PGA Tour events, making 3 cuts, with his best finish a T57 at the Crowne Plaza Invitational.

4. One Professional Win Kraft has one win since turning pro in 2012, which came last year, in 2015, at the Chitimacha Louisiana Open on the Web.com Tour.

Kraft enjoyed his best pro season last year, in 2015, finishing with 23 starts, one win, a runner-up, three top-10s, eight top-25s and 15 cuts made. Kraft finished 21st in the final priority ranking and 7th on the regular season money list. This effort secured Kraft a PGA TOUR card for the 2016 season – his first one ever.