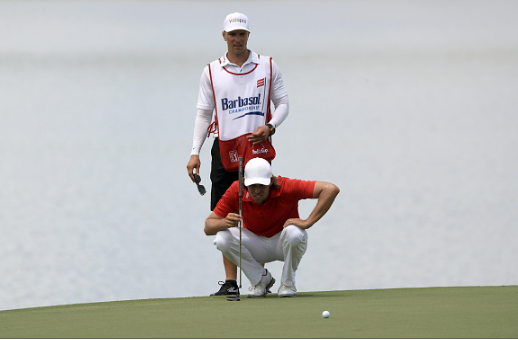 Who is the Best Putter Ever? Over the years, there have many golfers who’ve made their claim towards this title. Jack Nicklaus didn’t have the smoothest stroke and was extremely handsy for most of his career but always got the job done when it mattered the most.

Seve Ballesteros had great technique, but probably relied more on feel than anyone else in the history of this game. There hasn’t been a clutch putter like Tiger Woods; perhaps nobody else has holed as many putts as he has under pressure.

There are two problems when it comes to comparing players from different generations. The first being that the putting surfaces today are far superior to what it was 20 years or 40 years ago.

Without a doubt, it’s easier for Jason Day to hole putts today than it was ever for Greg Norman. On top of that, putting statistics can be very misrepresented.

Today, the circumstances are much different. Strokes Gained has changed the dynamics of analyzing a player’s performance. Introduced in 2011, Strokes Gained: Putting is by far the most accurate measure of a player’s putting proficiency.

It brought new insight into the game. It showed us how Tiger Woods could hit it all over the place and still come out on top. It also showed us how and why Luke Donald became World No. 1. Jason Day leads this category this year.

So, Who’s the Best Putter On Tour Today?

We analyzed Strokes Gained: Putting data for the last five years and not surprisingly it points to Aaron Baddeley. Always regarded as one of the best putters on tour, statistically speaking, Baddeley is the most consistent putter over this period. When we look at the best today, we think of Stricker and Spieth. But Baddeley is a notch ahead. During this span, he’s never ranked outside the Top-10.

Drive for show and putt for dough, right? Sadly for Baddeley is hasn’t been the case. His ball striking puts him way behind his fellow competitors. Baddeley is most famous for his final round collapse in the 2007 US Open at Oakmont. Playing with Tiger Woods in the leader group, Baddeley struggled the entire day, shooting a 10-over par, 80. Last week, Baddeley won his first event in over five years at the Barbasol Championship.

To measure performances, we’ve used data from 2012 to 2016 (YTD). To cut down on anomalies, we’ve only considered players who’ve not only qualified for the end-of-season rankings, but have done so in at least three of the previous five years. This got our final list down to 177 players.

Here is a shortened list of the Top-10 putters during this span (ironically ending with Luke Donald at No. 10) as well as the rankings of some big names. We’ve used average rank as a measure of a player’s performance.