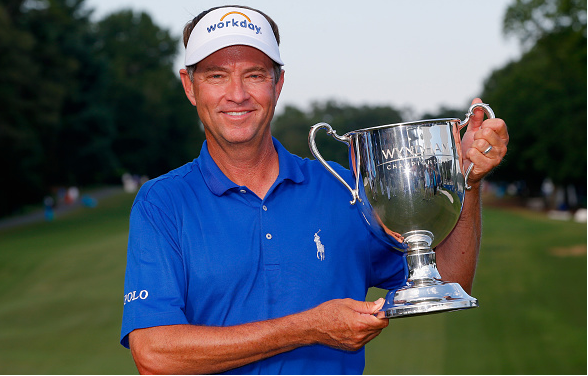 Being the final PGA Tour event of the regular season, there’s a lot at stake for the players at the Wyndham Championship. Last year, Tiger Woods entered in a last minute-dash to make the FedEx Cup playoffs, which ultimately failed.

A lot of players, will be looking to do the same this time around, hopefully with a better outcome. Here are 7 things to know about the Wyndham Championship.

Charles Sifford competed in the 1961 Wyndham Championship, which was then known as the Greater Greensboro Open. It was the first time an African-American golfer was permitted to play in a PGA Tour sponsored event in the South. Just a year earlier, in 1960, Greensboro was at the center of the Civil Rights Movement when four African-American students staged a sit-in at a local Woolworth’s Department store.

Legendary Sam Snead won the Greater Greensboro Open (Wyndham Championship) a total of eight times in his career. This included the first edition of the event in 1938. His eight wins at this tournament is a PGA Tour record for most wins in one event, which he shared with Tiger Woods.

Sam Snead’s final win at this event came in 1965. Snead was 52 years, 10 months and 8 days old when he won the event for the 8th and final time, making him the oldest winner on the PGA Tour. The 27-year gap between Snead’s first and last wins is also a PGA Tour record for the longest gap between the first and last victories in the same tournament. It was also his 82nd and final PGA Tour win.

The greatest European Player of all time, Seve Ballesteros, captured his first win on the PGA Tour at the Greater Greensboro Open in 1978. He won with a one stroke margin over Jack Renner and Fuzzy Zoeller.

Davis Love III won his 3rd Wyndham Championship and his 21st PGA Tour title last year at Sedgefield. Love’s win at the age of 51 years and 4 months made him the third oldest winner in PGA Tour history. With his win, he became the oldest player to win a PGA Tour event in the Champions Tour era (since 1980).

Over the last few years, the Wyndham Championship has received a host of honors from the PGA Tour. In 2012 & ’13 it won the award for the “Best Advertising Campaign.” In 2014 it won the “Best Title Sponsor Integration” and “Best Social Media” awards. Last year, the event won the “Most Fan-Friendly Event” award.