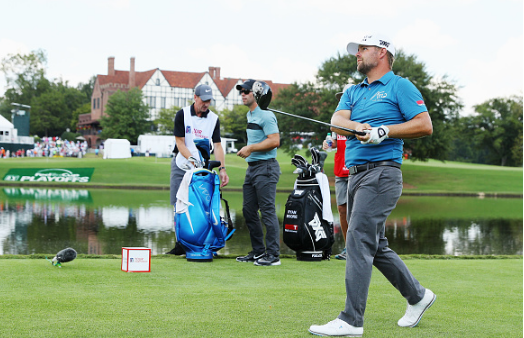 As we head into the final 18 holes at East Lake, there are basically two players in the running for the final Ryder Cup team slot: Bubba Watson and Ryan Moore.

Let’s take a look at who has the upper-hand.

Bubba Watson – He’s played mediocre at best over the last 7 months (0 Top 10s), and his Ryder Cup record is pretty awful (0-4-0 in Singles and Foursomes) but he’s still ranked #7 in the world (which sort of goes to show you that the OWGR ranking is worthless in measuring a player’s current game, as golfers can go south quick). On top of that he’s a popular player, relative to marketing and buzz, so the prediction here is that Bubba makes the team unless one thing happens tomorrow (see below).

Ryan Moore – Over the final 8-10 weeks, Moore has played better than most everyone who is already on the team, with the exception of DJ. He’s only 2 back of the lead, and so if he were to pull out a win here, or a strong second (playoff?), we predict Ryan Moore makes the team. Additionally he’s an outstanding match player, who had one of the most storied amateur careers, including the U.S. Amateur, U.S. Amateur Public Links (twice), and D1 Championship.