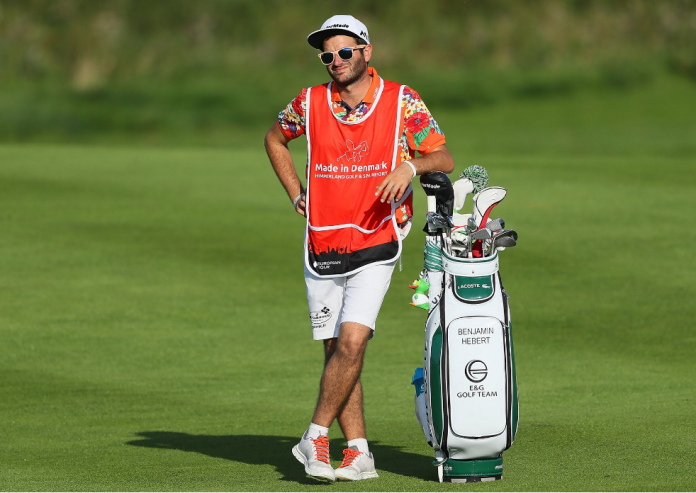 In today’s PGW primer, Colt Knost wants Donald Trump to put him out of his misery, Jimmy Walker’s wife gets an idea from Bethpage Black, Andy Sullivan explains why he and “Beef” are good for the game, Billy is back, and Paul Goydos shows confidence in his knowledge of golf.

Statement from @SmylieKaufman10 on players wearing purple ribbons in support of those affected by Louisiana floods: pic.twitter.com/lRpMeJ9cR5

No word on if Wheaties is taking legal action.

It beats a bowl of cereal! pic.twitter.com/7fJTvRbxfq

After taking last week off, the Champions Tour is in Seattle starting Friday for the Boeing Classic. Billy Andrade is the defending Champion. The tournament is played at TPC Snoqualmie Ridge, a Jack Nicklaus design.

Champions Tour member Paul Goydos shot down an idea from a fan:

My knowledge of the golf swing would fit on a napkin https://t.co/7TaOB4iryj

Although, he did have some good advice for this guy:

Hit where they mow. The shorter the grass, the better the shot https://t.co/E0WflErp60

Paul Lawrie was stuck with a brutal, downhill lie, but made it look easy.

"They don't call him 'Chippy' because he likes French fries." https://t.co/nAzp4WuHpb

Although it wasn’t as bad a lie as this:

Some lies are trickier than others. pic.twitter.com/0kdVBOVsqu

After shooting a four-over 75 in the first round, Colt Knost is not feeling good about his game at Bethpage Black. At 270.2 yards per drive, Knost ranks 197th out of 199 qualifying golfers, leading only David Toms and Darron Stiles. Fortunately, he has played well this year and went into the tournament 54th in the FedEx Cup standings, locking up a spot in Boston next week.

@realDonaldTrump can u build one of those walls around bethpage black to keep the short hitters out. We don't belong!!

John Daly might want to borrow him when Hebert is done.

Benjamin Hebert's caddie has got some serious fashion game.✌️https://t.co/WoPmhztVf9 pic.twitter.com/kDpJLkOTgx

Leave it to the Professionals

K.J. Choi with a club selection that most would not get away with.

Fairway metal from a fairway bunker.

Teaser of the Day

Advice of the Day

Olympian Graham DeLaet, father of twins, has some good advice for a man about to become a twin father himself.

Good quote from Andy Sullivan in an article by the Nuneaton news:

BB: We’ve seen plenty of attention placed on Andy ‘Beef’ Johnston of late, as crowds and TV audiences lap up his nickname and charismatic personality. You have your own nickname, the Smiling Assassin, that pays homage to the smile you seem to retain throughout most of your televised rounds of golf. Does it grate?

Sullivan: “No, I don’t mind it. I think it’s difficult, sometimes, to keep up the bravado of it. It is a frustrating game, and you do get annoyed by it. When you do get annoyed, people see it and it’s hard. You want to keep the mantra up of being smiley on the golf course but it’s so hard.

“Sometimes I come off that golf course and I am having to sign autographs and do interviews and you don’t want to do it.

“It’s a difficult tag to have at times but it’s good for golf. I think players like me and Beef [Andrew Johnston] are good for golf. Golf is definitely short of a few characters and I think us sort of guys are making a difference.”

Awesome view of a wide green at the Made In Denmark.

The 18th green at Himmerland is 87 yards wide!?https://t.co/nCGnVjGXvj

Decoration of the Day

Jimmy Walker’s wife found some interesting decor for the chipping areas at their house.

We have 3 chipping areas at our house. One is close to some windows. Bought this sign as a warning ? #bethpage pic.twitter.com/NXCzJGaujB

Urinal of the Day

Fun, Young, Cool – https://t.co/AEnxN69MSO
Why is golf fun, young and cool? Celebrities explain why they love the game.