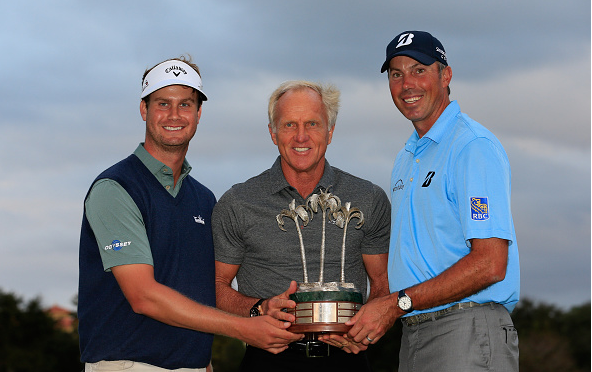 The QBE Shootout makes its return this week to Tiburón Golf Club at The Ritz-Carlton Golf Resort in Naples, Florida.

The field of 24 players, comprised of 12 two-player teams, will feature 15 of the top 50 ranked players in the world, as well as eight past champions, including two winning teams.

Six players will be make their debut in the $3.3 million team event, hosted by Greg Norman. 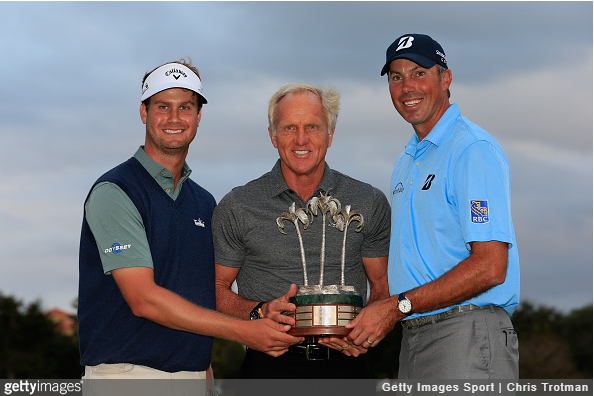 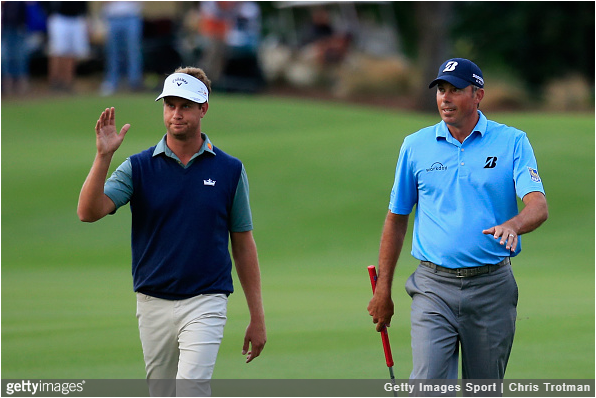 A combined five years of experience at the QBE Shootout but paired together for the first time. Both have two career victories on the PGA TOUR.

Berger, the 2015 PGA Tour Rookie of the Year, recorded his best individual finish here with a third place in 2015 and Woodland’s best was a fifth in the same year.

Two returning individuals who are playing together for the first time. Snedeker won the Shootout in 2015 with Jason Dufner.

Snedeker, the 2012 FedExCup Champion, is now paired with another major championship winner. These two have 17 PGA TOUR career victories combined as well as significant Ryder Cup and Presidents Cup experience.

Two of the 18 players returning to compete but will be partners for the first time. They have a combined 16 career wins on the PGA TOUR—Johnson with 12 and Hoffman with four.

Hoffman participated in his first Presidents Cup this fall. Johnson, the two-time major championship winner, has been on a total of nine Ryder Cup and Presidents Cup teams. 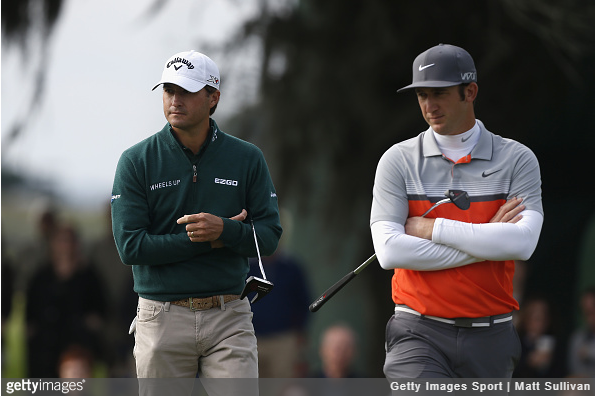 One of three repeat teams this year and both winners during the 2017 season. Finished fourth last year, four strokes behind the champions. Chappell had a breakthrough season with his first TOUR win at the Valero Texas Open and first appearance in the Presidents Cup.

Ironically, Kisner’s first TOUR victory at the 2015 RSM Classic was by six strokes over Chappell, the runner-up. Kisner’s victory this year was at the Dean & DeLuca Invitational.

These two veterans of the QBE Shootout will be playing together for the first time. O’Hair has played six times prior to this year and won in 2012 with Kenny Perry.

Stricker will be playing in his tenth Shootout—the most by any individual in the field—having won also with long-time partner Jerry Kelly in 2009. Last year, Stricker and Kelly finished second.

Two new participants in the QBE Shootout and both winners during the 2016-2017 TOUR season. Perez, winner of the OHL Classic at Mayakoba last November and the CIMB Classic last month is familiar with Harman.

Harman, holed out a 28-foot birdie putt on the final hole to prevent a playoff with Perez and Dustin Johnson to win the Wells Fargo Championship this year. Along with Thompson and Finau this duo’s combined world ranking is the best in the field.

Another pair of first-time participants in the tournament and another pair of individuals who both won this season. Henley picked up his third career title at the Shell Houston Open in the spring and Stanley earned his second career title with a playoff win at the Quicken Loans in July.

Only one year apart, both were tremendous collegiate players. Stanley won the 2009 best collegiate golfer honor and Henley did the same in 2010. 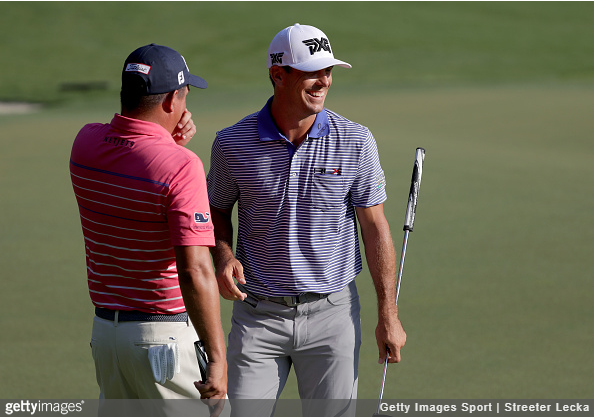 A pair of SEC rivals with Dufner, Auburn, and Horschel, Florida ties. Dufner is a major championship winner and Horschel a FedExCup champion. A team for the first time but this twosome has a combined nine years of experience in the Shootout.

Dufner’s best was a victory in 2015 with Brandt Snedeker. Horschel, who will celebrate his 31st birthday during tournament week (December 7), has never finished outside the top five, including a pair of third place finishes, one of those last year with Charley Hoffman.

A reunion for this team. The 2011 QBE Shootout champions have not played together since finishing 7th in 2012 during their title defense. Bradley had five top-10 finishes during the 2016/2017 season and was runner up at the 2017 CIMB Classic.

Steele enjoyed an outstanding past year with two victories, including last month’s Safeway Open and is happy to reunite with his major championship friend this year.

These two Irishmen and good friends represent the only international team in the tournament this year. McDowell, one of six major championship winners in the field, will be making his sixth appearance and first since 2015. His best finish was a second with another Irish friend Darren Clarke in 2010.

Meanwhile, Lowry, the winner of a World Golf Championship in 2015, will make his Shootout debut. By the way, the last international team to win the Shootout was the all-Australian team of Greg Norman and Steve Elkington in 1998.

Both individuals have been consistently ranked among the top-five in Driving Distance on the PGA Tour and LPGA Tour respectively.

Finau averages around 321 yards and Thompson around 274. Finau is new to the Shootout while Thompson returns after playing with Tour rookie Bryson DeChambeau last year. Finau, 28, and Thompson, 22, are the youngest team in the field and are tied for the best combined world ranking.