Grant Thornton LLP and the PGA Tour have announced an agreement on a five-year sponsorship deal that has the powerhouse auditing firm becoming a “Proud Partner of THE PLAYERS Championship.”

As part of the tournament agreement, the Tour will also designate Grant Thornton as an “Official Marketing Partner.” In a separate deal, the firm also announced a sponsorship agreement with Rickie Fowler, last weekend’s Hero World Challenge winner.

DEAL WITH THE PGA TOUR

The sponsorship with the PGA Tour will provide Grant Thornton with premium brand positioning during THE PLAYERS telecast on the Golf Channel and NBC, alongside Morgan Stanley and Optum, as the three exclusive “Proud Partners.”

The Grant Thornton brand will also have a “broad presence on the course and through hospitality venues” at TPC Sawgrass during tournament week (May 7-13, 2018). The firm will get impressions beyond THE PLAYERS at select PGA Tour events.

“Grant Thornton is the kind of acclaimed organization that aligns with the vision and values of the PGA TOUR and THE PLAYERS Championship. Moreover, as a Proud Partner of THE PLAYERS, Grant Thornton will help support the continued growth and charitable impact of the event as we strive to present a showcase of excellence for players, guests and fans from around the world,” said Jay Monahan, PGA Tour Commissioner.

Fowler, who moved to World No. 7 on Monday, following his record-setting win in the Bahamas, has signed a separate deal with the tax and auditing firm.

As part of the sponsorship deal, starting in 2018, Fowler will wear a Grant Thornton logo on his right chest during competitive rounds of PGA Tour events, and in “other professional appearances.” He will also star in the firm’s 2018 Status Go advertising campaign. 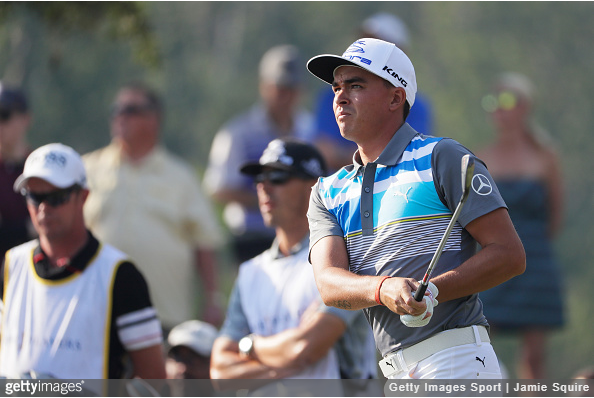 “Rickie Fowler is one of the most respected and transformational athletes in the world today, not to mention the game of golf,” said Mike McGuire, chief executive officer of Grant Thornton LLP. “Nobody is better at challenging convention and being transformational.”

Fowler added, “Grant Thornton is a leader in professional services; I’m really drawn to the firm’s ‘Status Go’ approach. It lets them work for clients in an unexpected way to solve problems, stand out and win.”