Emiliano Grillo shot a course record-tying 7-under 65 and holds a two-shot lead after an incomplete first round of the Hero Indian Open. 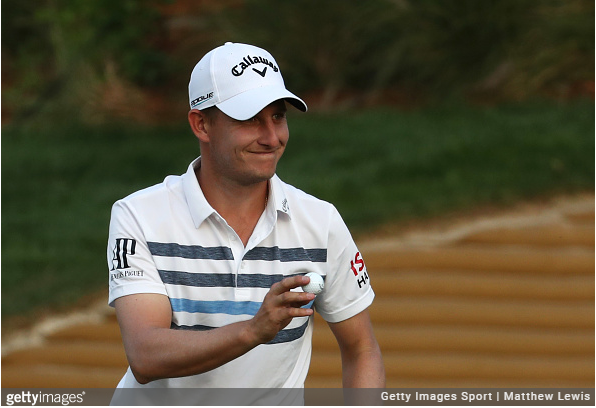 The 25 year old Argentinian, a full-time PGA Tour member, playing on an sponsor’s invite this week, finished his first day at DLF Golf and Country Club with one bogey offset by eight birdies, including six in a nine-hole stretch (Nos. 5-13), en route to a record-matching 65.

“You have no idea how difficult the course is. I had to play almost perfect golf to shoot a seven under. I think anywhere else it would have been close to a 59 or something,” said Grillo, winner of the 2016 PGA Tour Rookie of the Year.

“It was definitely a magnificent round of golf. I’m very happy with the way I handled myself out there.

“It was very tough and I was able to make some good putts and hit the fairways when I needed to.”

Two off the Grillo’s lead at 5-under 67 was the trio of Spaniard Pablo Larrazábal, Italian Matteo Manassero and American Paul Peterson.

Frenchman Adrien Saddier was also 5 under with one hole to play, alongside South Africa’s Keith Horne who has two holes to play.

Larrazábal’s 67 was particularly notable considering he nearly missed his tee time after his new phone’s alarm failed, and had to be awakened by a European Tour official just 38 minutes before he was due to tee off.

Scotsman Marc Warren was 4 under alongside India’s Ajeetesh Sandhu, with Ricardo Gouveia, Sébastien Gros, Matt Wallace and Jeunghun Wang in the group one shot further back.

Play was suspended due to darkness with 24 players set to resume their opening rounds at 7:00 am local time.

“I had to play almost perfect golf to shoot a seven under. I think anywhere else it would have been close to a 59.”
– Emiliano Grillo