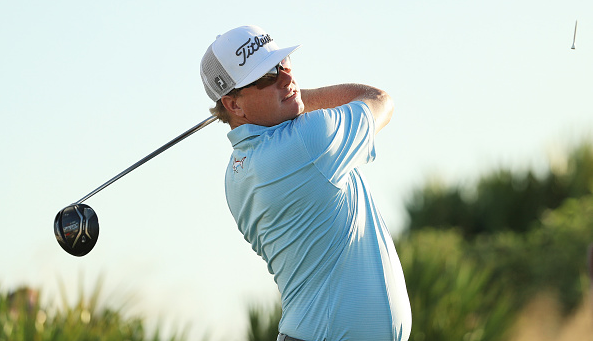 Charley Hoffman posted a low-round 70 at Albany and will take a five-shot lead into Sunday’s final round of the Hero World Challenge. 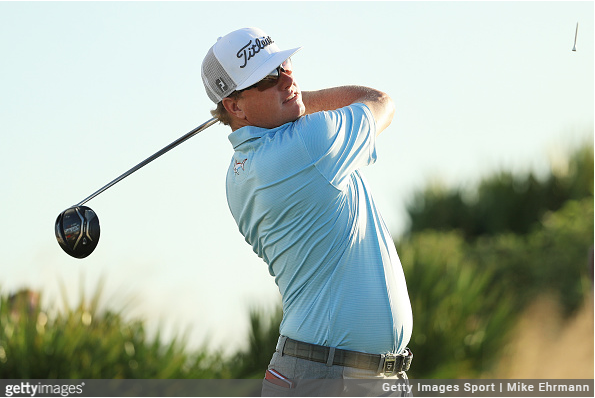 The 40-year old Hoffman battled through a couple of tough stretches, including an ugly double-bogey on 10. But as he’d done on Friday, the San Diego native played stellar down the stretch, carding three late birdies, including a final one on the 18th to reach 14 under.

“There was a struggle for an extended period of time. I got lucky on some tee balls that didn’t find the bushes and stayed in the sandy areas and I was able to hang on there,” said Hoffman.

“Off the tee for me is usually my strength. It wasn’t today and I was able to sort of scrap it around, which means a lot to me on a day that I don’t drive it well and still shoot a couple under par.

“That’s what I guess goes to me being on Tour for a long time, sort of understanding when you don’t have your best stuff you can sort of grind it out still.”

Justin Rose and Jordan Spieth are deadlocked in the second spot at 9 under.

Spieth was one shot worse, matching three bogeys against a trio of birdies for an even-par round of 72.

Francesco Molinari quietly shot 1-under 71 on Saturday, and sits alone in fourth at 8-under par.

Patrick Reed joined Rose, Hoffman and Molinari as the only players to shoot in the red on Saturday. The five-time PGA Tour winner posted a 71 and is T5, along with Rickie Fowler (72), Hideki Matsuyama (72), Matt Kuchar (72), and Tommy Fleetwood (74).

Woods blamed his poor performance on the inability to get any kind of momentum going during the round.

“Whatever I did right ended up in a bad spot and whatever I did wrong was really wrong,” said Woods. “I just couldn’t get it turned around, it kept going the wrong way.”

Woods will be paired with first-round playing partner Justin Thomas, who scrambled to a 2-over 74.

“My season’s been great. Last year playing the Presidents Cup, being in contention in major championships and other golf tournaments was a great year. Obviously didn’t get a win, which is why I play golf is to win golf tournaments. So it was a little disappointment there, but to have a chance to win this great tournament at the Hero World Challenge and hopefully I can knock it off and put myself next to those other great champions that have won this tournament.”
– Charley Hoffman