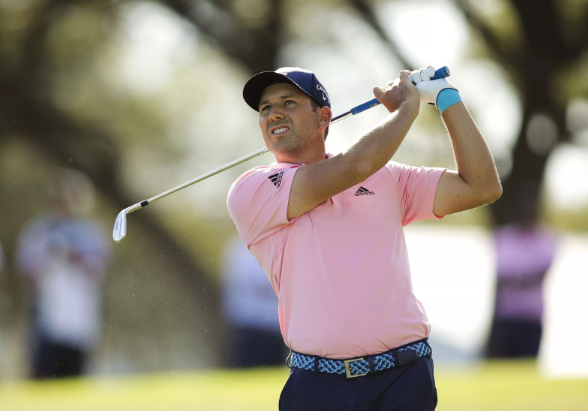 Sergio Garcia ended up on cart path during the first round of the WGC-Dell in a match against Shubhankar Sharma. In order not to slip on the black top with spikes, the Spaniard decided to slip off his Adidas shoes and play his approach in socks.

Despite no shoes and a tight lie off the tarmac, Sergio absolutely nails it.

“I have spikes. So if I don’t take my shoes off, I’m going to slip. It’s not the kind of shot that you want to slip. So I felt like, therefore, I could have a better grip,” explained Garcia.

“Obviously if I’m on the grass, it’s different. But being on the tarmac, with spikes, obviously it’s very difficult to — I had tried it a couple of times on practice swings and I was already slipping a little bit.

“So I thought I would just take my shoes off, try to get a little bit in front of the hole and it came out great.”

Garcia beat Shubhankar Sharma on the 18th hole, finishing 1 up.