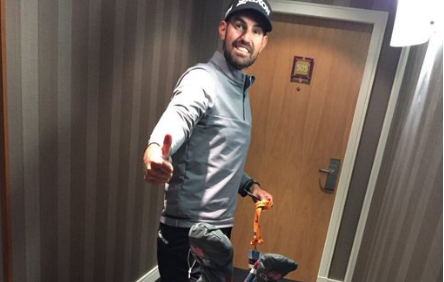 JB Holmes did not receive his clubs for the Scottish Open until 7pm on Wednesday after they were lost in transit on the way from the WGC Bridgestone.

Holmes was pumped to receive the clubs, and off he went for some practice.

Thank you to @EuropeanTour, the R&A, and #The ScottishOpen staff… Got them at 7:00 and off to practice @DBParsons pic.twitter.com/89aSClNeee

Unfortunately, Holmes’ excitement did not last, as he shot an 80 on Thursday at the blustery Castle Stuart Golf Links. In hindsight, one has to wonder whether Holmes should have taken out a rental set earlier in the week and practiced with those.