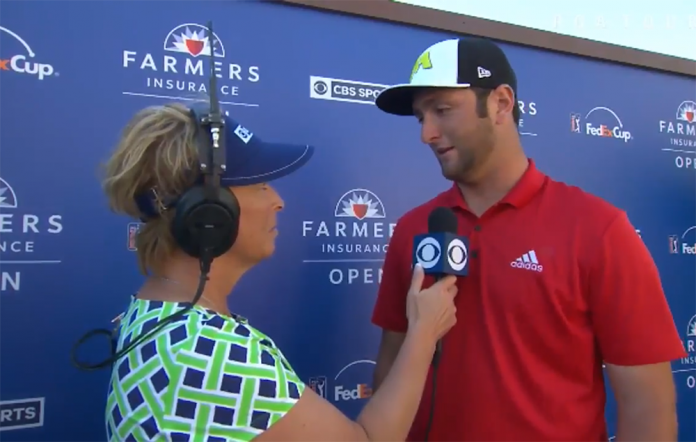 Jon Rahm won his first career PGA Tour title at the Farmers Insurance Open in dramatic fashion. The 22-year-old from Spain fired a sizzling 7-under 65, and finished his four rounds at Torrey Pines at 13-under to beat the field by 3-strokes.

The Arizona State alum was the world’s top-ranked amateur, and one of the most celebrated college players in recent memory, before teeing it up as a pro in last summer’s Quicken Loans National (where he shot an opening round 64).

Phil Mickelson, who also played his college golf in Tempe, recently said that Rahm is “more than just a good young player … I think he’s one of the top players in the world.”

After his maiden victory, the humble-sounding Rahm told CBS’s Dottie Pepper that he felt “blessed,” and spoke about making the transition from college to pro.

Jon Rahm talks us through an amazing finish. pic.twitter.com/oyuca9Q63V