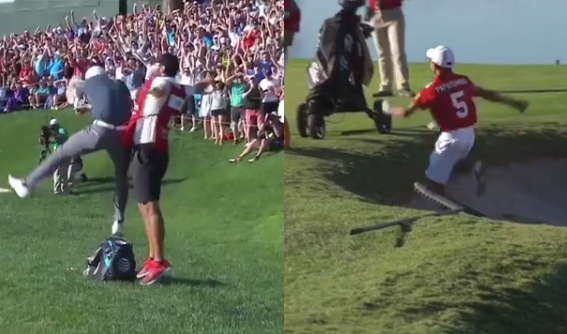 Alex Papayoanou was playing in the PGA Jr League competition for Team Texas and holed a bunker shot during a match. After his golf ball dropped, Papayoanou celebrated like a fellow Texan once famously did.

The PGA put the clips of Jordan Spieth (from the Travelers Championship) and the young Papayoanou side by side, asking, “Who did it better: @jordanspieth or Team Texas at @pgajrleague? ?”