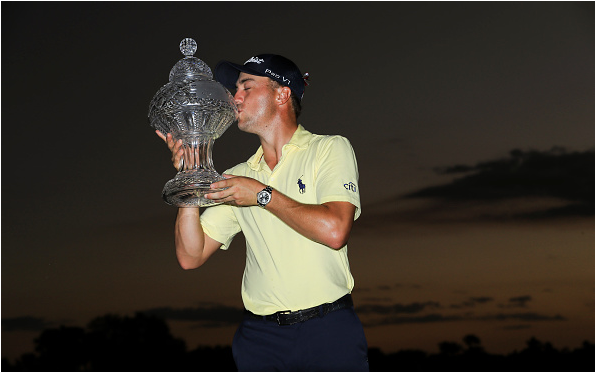 With a birdie on the first playoff hole at famed PGA National, Justin Thomas edged Luke List to capture his second PGA Tour title of the season, and seventh over the past two seasons. 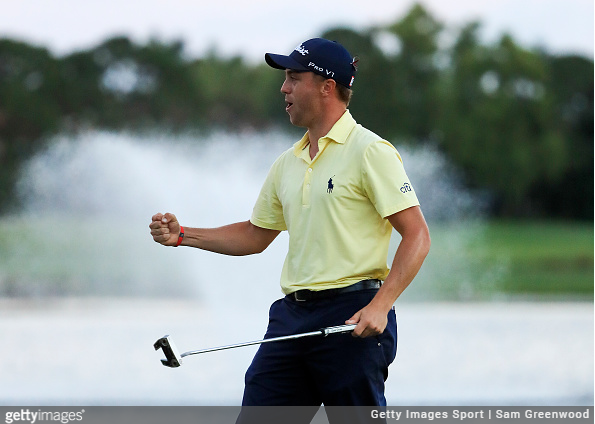 It was not easy though, as it took everything Thomas had to grind out a 2-under 68 just and get into the overtime hole with the 54-hole leader.

“It was very difficult for sure — it was really hard,” said Thomas. “It just was those last — the back nine, those last five holes, are so difficult.”

Thomas (68) and List (69) finished at 8-under par, one stroke ahead of Sweden’s Alex Noren and two ahead of reigning European Tour Race to Dubai winner Tommy Fleetwood.

In his best finish in years, Tiger Woods was also relevant, shooting an even-par 70 to finish even-par for the week, good for a 12th-place finish.

Thomas, the reigning PGA Tour Player of the Year, used a 5-under 65 in the third round to get into the final Sunday pairing with List, and started the day one stroke back of the lead at 6 under. 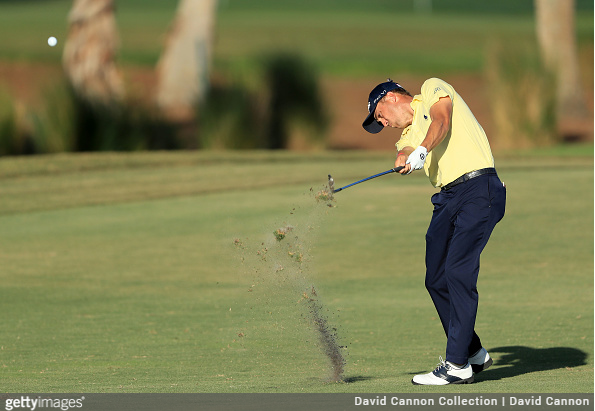 A birdie on the par-3 3rd hole, coupled with a bogey-bogey stretch on Nos. 3 and 4 for List, put Thomas out front at 7-under par, where he stayed until he carded his only bogey of the day on the par-4 9th hole.

What might be remembered most about that front nine, though, was a fortuitous tee shot bounce off a rock wall on the par-3 5th that nearly led to an ace, before settling 10 feet from the hole, which allowed Thomas to escape with a par.

“I didn’t even know it hit the rocks. Because it was going right at it but it was kind of ballooning. You could see it was floating a little bit. I wasn’t sure if it was going to get there or not,” said Thomas.

“And then as sad as it is to say, we didn’t see any sand come up, like it does on some of the greens.

“We figured it probably didn’t land on the green ask we kind of heard a click, and Jimmy looked at that — I had no idea and he had no idea, and then all of a sudden, I saw it almost went in.”

Thomas then went bogey-free on a back nine which created heartache all over the field all week, with birdies on 13 and 18 to reach a playoff with List which required just one extra hole.

Thomas reached the par-5 18th, the site of the of the first playoff hole in two, and then two-putted for the victory.

After a season where he won five times and took a major title – the PGA Championship, Thomas had little to prove coming into the new season, but the world No. 3 was able to notch his second win of the year with the triumph at PGA National. 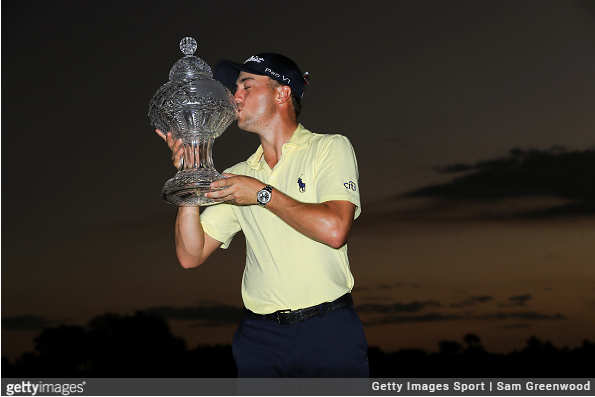 Thomas had finished T22 or better in all six of his season starts coming into this event, but aside from his win at the CJ Cup in South Korea last October, he had been relatively underwhelming compared to the standard he set in 2017.

“This definitely takes the pressure off me. I want to be more consistent this year and I want to have more chances to win,” said Thomas.

“Kapalua, I wasn’t really close. Actually I wasn’t remotely close (laughter). I was a little rusty there.

“But I’ve been happy with how consistent I’ve been, but without any wins, I’m constantly being reminded. It’s nice to get it a little bit off my back.”

With the win, Thomas ties Patton Kizzire for the most victories (2) in the new season, and now reaches eight career wins in just 101 starts.

Low scores were a rare sight all week at the perennially difficult Florida course, but a number of players in the field were able to crack the PGA National code on Sunday. 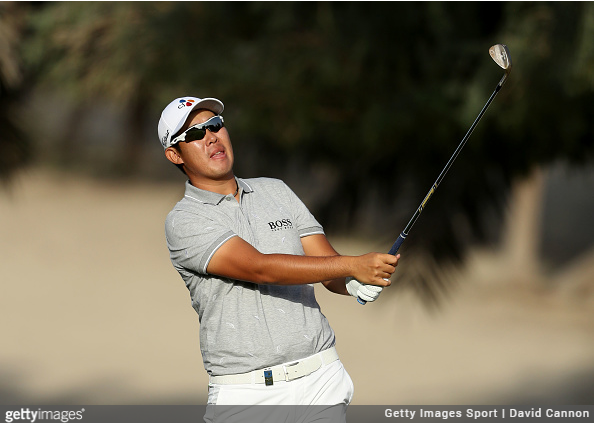 The low Sunday round was a 65 that came from two players, most notably South Korea’s Byeong Hun-An, who used that 5-under day to notch his first top-10 of the season, a T5 which included six birdies.

The other player to score a 65 was Derek Fathauer, who jumped 41 spots up the leaderboard after demolishing the difficult closing stretch with birdies on four of the last five holes to jump from T44 to T13.

It was a second high finish in a row from the 32-year-old Florida native, who has mostly found going difficult on the PGA Tour. Fathauer scored the low round on Sunday despite hitting just 4 of 14 fairways. He did his best work around the green, where he ranked 3rd in the field, gaining 4.6 strokes on the field.

Argentina’s Emiliano Grillo was in third place coming into last year’s final round, before a Sunday 77 caused him to plummet outside the final top 40. He was much, much better in the final round this year, using five front-nine birdies to shoot a 4-under 66, and score his second top 10 of the new season, hitting 2-under for the week to finish T8.

Tour rookie Sam Burns posted a bogey-free 2-under 68, despite the sideshow that comes with playing on Sunday with Tiger Woods. The 21-year-old Tour rookie, and former collegiate star at LSU, was two strokes better than the legendary Woods, who he grew up playing against… in video games.

After a bogey-free front nine, Webb Simpson was firmly in the leader mix, holding a co-lead before three bogeys in a four-hole stretch, on 11, 12, and 14 pushed the former U.S. Open winner down into a tie for fifth place. 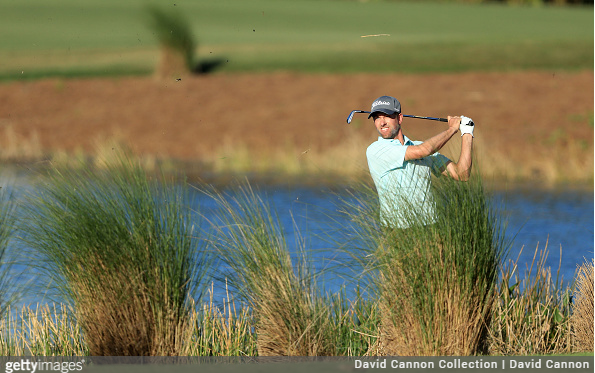 Simpson’s three Sunday bogeys in his 2-over 72 represented 50% of the just six bogeys he had for the week.

Jamie Lovemark, a former Web.com Tour star looking for his first win in the big leagues, struggled in the same stretch as Simpson, carding bogeys on Nos. 10, 11, and 14 to match Webb’s 2-over 72. The 7th place finish was the second top 10 of the year for the long-hitting 30-year-old Lovemark.

The biggest Sunday drop came from Hudson Swafford who, in spite of three birdies, still posted a 10-over 80, to tumble 53 spots down the leaderboard, from T11 to T64.

Swafford endured a brutal front-nine stretch, from holes 2-8, with five bogeys, a double, and a triple bogey. His tee-to-green game was an absolute nightmare, losing 6.2 strokes to the field in that area alone.

The Honda Classic was the third stop in the Tiger Woods comeback tour, after the 42-year-old legend missed a full year with back trouble. 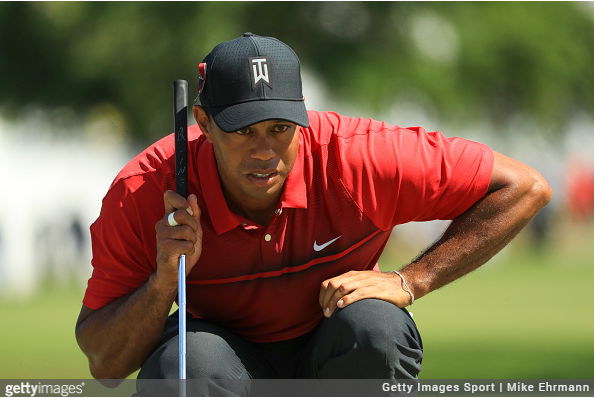 PGA National had not been super kind to Tiger in the past, but this week’s tournament represented his best finish since returning to competitive golf. Tiger reached 3-under par, both for the day and the tournament, through 14 holes, but became the most notable victim of the famed “Bear Trap” when he double-bogeyed 15 and then bogeyed 16.

An even-par 70 meant an even-par week and a 12th place finish for Woods, who was playing for the second consecutive week, and again, showed no signs of physical pain.

Tiger finished with just 7 bogeys for the entire week, while not carding more than two in a single round.

“It was another level of difficulty. Not only the amount of people I was trying to beat, but the golf course in itself. Luke [List] was playing unbelievable on that back nine, and it was a hell of a battle out there.”
– Justin Thomas, Honda Classic Champion