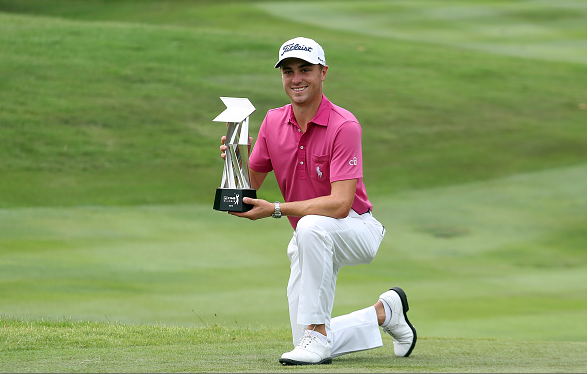 Justin Thomas shot an 8-under 64 on Sunday, highlighted by eight more birdies, and captured his second career PGA Tour victory at the 2016 CIMB Classic.

The 23 year-old Thomas ended his successful title defense in Malaysia at 23-under par, three shots better than runner-up Hideki Matsumayi. 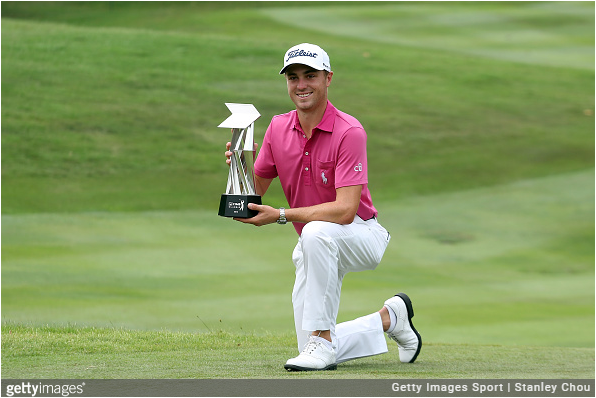 Thomas, who closedd his third round with five birdies, started his final 18 by carding four more over his first five holes.

And after a quadruple bogey on the 3rd hole by Anirban Lahiri, the 54 hole leader, Thomas had amazingly erased 4-shot deficit and never looked back.

Lahiri would finish at even-par for the day and T3 alongside first-round co-leader Derek Fathauer.

This was essentially the clinching putt for JT, giving him a four-shot lead with three to play.

“I’m just so excited; I get to go back to Kapalua (Tournament of Champions), I love it there. I’m so excited. Hardest part was trying not to think about that those last couple holes. It really doesn’t change much. This is what you play for. You play to get in these situations and handle them well, and I felt like I did. It’s a great start to the year.”
–Justin Thomas, 2016 CIMB Classic Champion