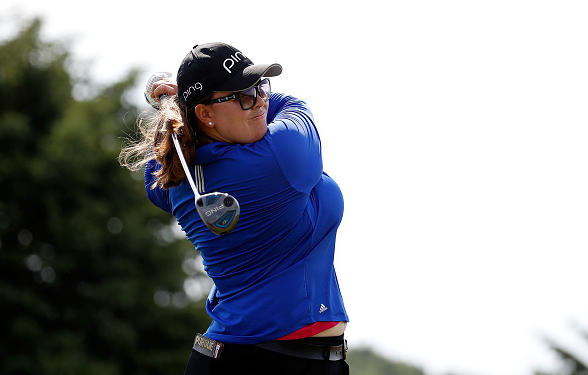 Kim, who is coming off a top 4 finish at last week’s KPMG Women’s PGA Championship, finished her round with eight birdies against just one bogey.

“It’s been a long time since I played well in the first round, so I’m very blessed to have shot a 7-under. We have three more days, and I’m looking forward to the other days,” said Kim, who is in 12th place in the Race to CME Globe.

Escallon, who has two top 10s in this her rookie season, started hot with birdies on three of her first four holes. The former Purdue star parred her next nine holes, but finished strong with four more birdies over her final five holes.

“I started really hot and then I kind of stumbled a little bit, so my goal was to finish strong, and I did that,” said Escallon. “It was great.”

One back, at 6-under, are two other rookies, Madeliene Sheils and Min-G Kim. In Gee Chun headlines a logjam of 15 players tied for fifth at 5-under-par 67.

"My goal was to just keep my card and I've pretty much already done that so just enjoy the next few months." @LGEgolf Interview: pic.twitter.com/5S1897ND5q

Sei Young Kim feeling momentum from last weeks #KPMGWomensPGA putting her at the top after round 1 of the #thornberrylpga! Watch interview: pic.twitter.com/09AkC2s0iy