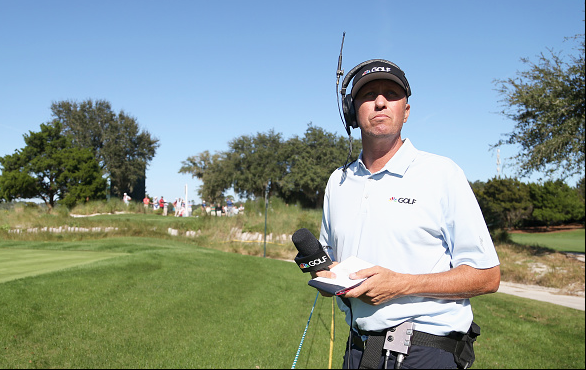 Since his shocking split from Phil Mickelson, his boss of 25 years, there has been a great deal of speculation of what caddy Jim ‘Bones’ Mackay would do as his next venture.

Would he latch on to a veteran player, or would he become part of a team with a young, up-and-comer?

On Thursday, that question was finally answered: neither. It was announced that ‘Bones’ has been hired by NBC Sports, which owns the Golf Channel, as an on-course reporter. He will now deliver his vast knowledge of the Tour’s courses, players, and tournaments to TV viewers.

It is the third time this year that someone in the sports world made a surprising jump into a TV role, joining newly-named NFL analysts Tony Romo and Jay Cutler. Mackay will be thrown in the mix right away, as he’ll be joining his new employer at The Open Championship, which gets underway in about a week at Royal Birkdale.

“There will definitely be a couple of nerves there early on. I never really got nervous on the golf course. You know, working for Phil, obviously I’m not hitting any shots out there, and it was important to just kind of stay as even-keeled as possible. So I hope to borrow from those experiences when we get going here at The Open Championship.”
–Jim ‘Bones’ Mackay