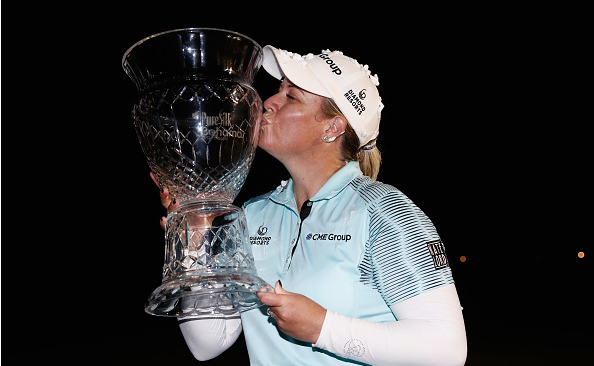 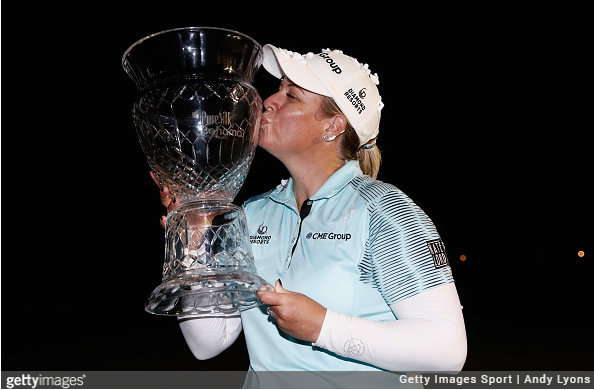 After four days of stops and starts due to treacherous winds, it was the defending champion who emerged from a crowded leaderboard to lift the trophy in the Bahamas.

Lincicome birdied four of the last five holes en route to a 12-under total, two strokes ahead of runner-up Wei-Ling Hsu.

“When I birdied 17 it was free reign, there was no way we weren’t playing 18,” said Lincicome. “When we had a little bit of daylight, you saw us running, which I don’t run. I was trying to run off the tee to get to the fairway as quickly as possible to hit the shots as quickly as possible.”

Hsu posted a final-round 5-under 68 with seven birdies against two bogeys. Her three-round score of 10-under 203 was one clear of Amy Yang (70) and Shanshan Feng (71) who tied for third.

“I was very happy by my performance this week because my low ball wasn’t playing that great all the time,” said Hsu. “It looks like I did pretty well this week. I got to play a lot of low shots playing into the wind.”

Danielle Kang closed with two birdies to secure fifth place at 8 under, one ahead of Lexi Thompson (71), Nelly Korda (69), and Bronte Law (69).

The win earned Lincicome $210,000 and 500 Race to CME Globe points, giving her the (very) early lead in the season-long points race.

VIDEO: PUTT OF THE DAY

“I teared up on the green when I talked about Tom Murray and his family. They’re just incredible people, and we are so honored to have them on the LPGA Tour and to be sponsors of mine.”
– Brittany Lincicome

The Starter: Shot Clocks and Shaving Cream, Plus Bryson, Ariya, Tiger, and Whatnot

LPGA 2018: Americans Off To Strong Start