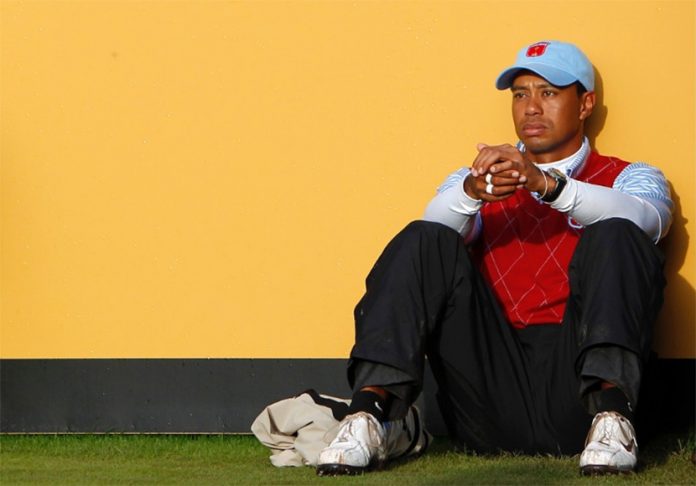 Late Friday morning Tiger Woods made it official, and announced his return to the PGA Tour. Woods will tee it up at Silverado in Napa, Calif. for the Safeway Open.

The return of the ‘Big Cat’ is big time news for the golf world. Woods had been on the disabled list for close to 15 months now.

Not that Shane Bacon, of FOX Sports, is counting.

How many days since Tiger's last …

So what can we expect from a now 40 year-old Woods, coming off his latest back injury?

“To expect the dominance of his past is unrealistic. But if healthy, he can surely find the magic on occasions,” writes Ben Everill on PGATOUR.com.

As cited in Everill’s piece, winning between the age of 40 and 50 is no longer uncommon. In fact, Jack Nicklaus won two majors at 40, and captured his final Green Jacket at 46 years-old.

And we only have to look at this year’s British Open for more recent evidence, when Henrik Stenson, 40, and Phil Mickelson, 46, went head to head in one of the most epic battles of all time.

Tim Daniels of Bleacher Report reminds readers that Woods is only “three years removed from a season where he won the Jack Nicklaus Trophy as the PGA Tour’s Player of the Year after winning five tournaments and recording two top-10 finishes in majors.”

“This should be liberating. Not only for Woods but for us as fans. We got a peak of this new Woods at this year’s Ryder Cup. No longer was he the Alpha Dog, the team leader, the sun which the rest of the team orbited around. No, he was a vice-captain, not even playing, there to support the guys and be a sounding board. A leader. A teammate,” Scott wrote.

Johnny Miller, NBC’s golf analyst, and tournament host, believes that “Silverado is the perfect course” for Woods, because it’s so “straightforward.”

If all goes well on his three-event comeback, the plan is for Woods to move forward with a full time schedule for the 2017 season, which for Tiger is typically about 15-18 tournaments (TWFs, Majors, WGCs, Invitationals, Playoffs).

Rory McIlroy said Tiger’s return will be somewhat of a media “circus” but that he’ll be excited to “see him back on the course again.”

Of course this is all a moot point, if Woods gets injured again, noted Ewan Murray of the (UK) Guardian.

Key thing with Tiger's return: he can't have any more injuries/setbacks. This is it. Brilliant for the sport if he emerges healthy.

According to Golf Digest, Hank Haney also believes that health could be the ultimate determining factor.

“He’s a 41 or 42-year-old professional athlete that has had four knee operations and three back operations and has missed five of six years of the last nine years,” said Haney on SiriusXM’s PGA Tour show. “I mean, it’s just very, very, very difficult.”