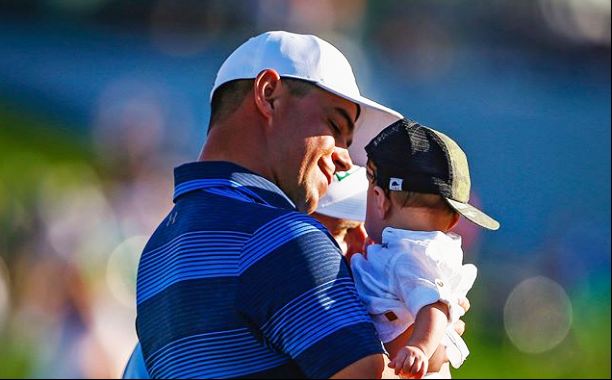 Gary Woodland fired a final-round 7-under 64 and then beat Chez Reavie on the first playoff hole to win the 2018 Waste Management Phoenix Open.

Meanwhile, over in Malaysia, Shubhankar Sharma closed with a 10-under par to win his second European Tour title of the season at the Maybank Championship.

With that, let’s take a look at some of the highlights of the weekend on the two major tours.

The two winners this weekend, Gary Woodland and Shubhankar Sharma, rocketed up the list in the Official World Golf Rankings. 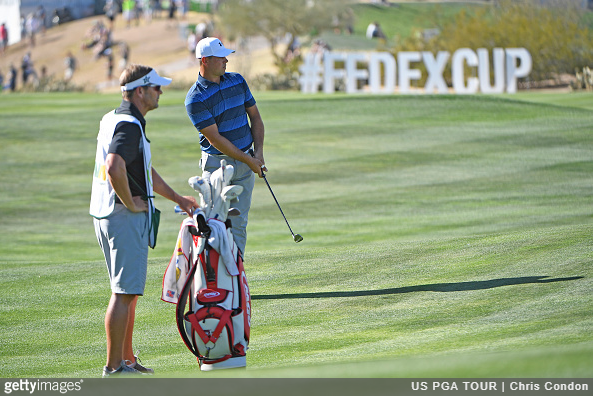 Woodland moved from No. 53 to 26, his highest ranking since 2015 when he was No. 24 following a three-start stretch of runner up (Dell Match Play) and T4 (Wells Fargo).

Sharma, who captured his second European Tour title of the early season, went from No. 193 to 72. Prior to his victory at the JoBurg Open in December, the 21-year old was ranked 462nd.

Woodland holds his son, Jaxson, after his win on Sunday.

Chez Reavie needed to birdie the 72nd hole to get into a playoff with Gary Woodland, and he did just that.

After Phil Mickelson drains a long birdie putt to move to 15 under, the crowd goes ballistic.

To beat the heat and “90% humidity” in Malaysia, Pablo Larrazabal uses a “natural umbrella.”