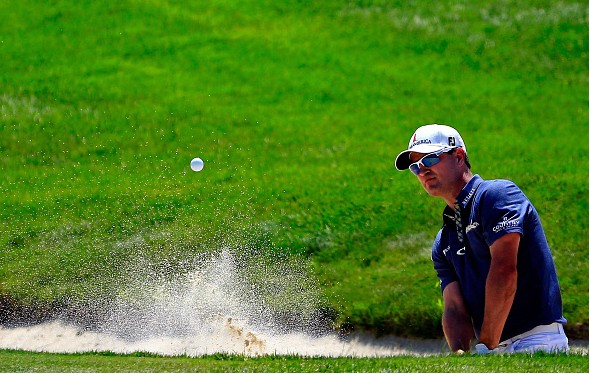 The John Deere Classic is battling it out with the Olympic Games this week, but still has a decent field this week. With two weeks to go before the FedEx playoffs are scheduled to begin, expect plenty of focus on the bubble.

There’s no guarantees in golf, but if there’s one player who’s the clear favorite and will factor in this week, it’s Zach Johnson. In his seven previous starts at this event, he has a win (2012), three runner-up finishes and two 3rd place finishes. He’s fired 28 consecutive rounds in the 60’s at this track, clearly pointing out the way for the shorter hitters on tour to make an impact this week. Johnson has had a good summer as well, finishing T-8th at Oakmont and T-12th at Troon.
FedEx Cup: 51
OWGR: 22

Steve Stricker perhaps hasn’t had as much success recently as Zach Johnson at the John Deere Classic, but still is one of the favorites entering this week. The 49-year old, semi-retired Wisconsin native, is a three-peat winner here and has made the cut in every one of his appearances since 2004. Stricker has made his last five cuts on tour, which includes T-2 at the St. Jude Classic and a solo 4th at the British Open
FedEx Cup: 90
OWGR: 85

Kevin Na is coming in with four consecutive Top-30 finishes. That’s usually not something to boast about, but considering that three of those four events were Major Championships and the fourth a WGC, Na deserves some credit. He’s played only once at this event in the last seven years, finishing with a T-13 in 2014. Na hasn’t played in a weak field event in some time, so he may just enjoy this outing.
FedEx Cup: 12
OWGR: 34

Daniel Summerhays is already having the best season of his career. After notching a T-8 finish at the U.S. Open, he went out and got himself another Top-5 finish at the PGA Championship. TPC Deere Run has been nice to him as well. Summerhays has finished T-4, T-14 and T-8 in this three previous starts at this event. If he can keep his recent form going, he could be right there this weekend.
FedEx Cup: 35
OWGR: 53

It hasn’t been the best of summers for Ryan Moore, but it does look like he’s coming into some form, with five straight cuts made, including the three recent majors. A better than average wedge player, Moore should enjoy this track once again. Moore has finished in the Top-25 at the Deere event in each of the last four editions.
FedEx Cup: 62
OWGR: 59