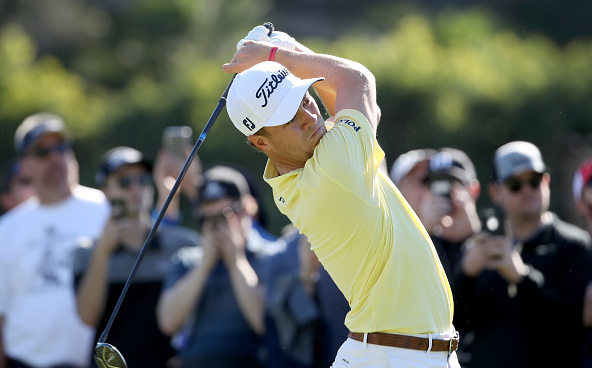 Masters week is finally here, and no golf tournament on the planet brings more buzz, more passion, and more talent. An exclusive 87-man field will be at famed Augusta National this week, fighting tooth and nail for the right to wear the jealousy-inducing green jacket to public events for the next year.

The world No. 2 has been No. 1 since last year’s Masters, with four victories, including his major breakthrough at last season’s PGA Championship. A difficult Sunday at the WGC-Match Play seemed to weigh heavily on the reigning PGA Tour Player of the Year, but a win, a runner-up, and a fourth place finish in his last three events, Thomas is in blistering form and will not be intimidated by anyone in his third Augusta appearance.

Looking reborn in 2018, the ageless Mickelson has a tremendous shot this week at becoming just the third player with four green jackets, which would match Arnold Palmer and Tiger Woods for second all-time. Phil snapped his intensely frustrating five-year winless drought when he captured last month’s WGC-Mexico Championship, the final event of a four-tournament stretch of finishes inside the top six. With 11 career top-five finishes at Augusta, Phil is always among the favorites at The Masters, and it has been a while since he came into the year’s first major quite this hot.

With an awe-inspiring victory at last month’s Arnold Palmer Invitational, where he finally looked like peak Rory, the question went from “What’s wrong with Rory?” to “Who can stop him?”. Needing just The Masters to become the sixth player to complete the career grand slam, the world No. 7 will be exceptionally motivated to snatch his first green jacket this week. With four consecutive top-10s in this event, McIlroy is getting sick of close calls and is determined to get into the winner’s circle.

At last week’s Houston Open, there was no development more frightening to The Masters field than seeing Augusta prodigy Spieth bust out of his recent slump to finish T3. The 24-year-old three-time major champion has a victory and two-runner ups in just four Masters appearances. An inconsistent putter is the only thing stopping Spieth from being the clear favorite this week.

Stuck at 14 career major championships for nearly a decade now, Tiger Woods, a four-time Masters Champion, has created a tremendous amount of excitement for this year’s event after back-to-back top-five finishes on Tour. He does not quite seem all the way “back” yet, and this will be his first major start since 2015, but the most popular player on the PGA Tour undeniably has his short game in major form, and if his driving is even sort of passable this week, the most notable winless drought in professional sports could very well come to an end this Sunday.

It cannot be sugar-coated: Dustin Johnson was really, really bad at the WGC-Match Play, where he embarrassed himself as the defending champion. That being said, DJ is ranked No. 1 in the world for good reason, and while he has not needed to build an addition to his major trophy case, he always seems to find his way onto the major stage. He missed last year’s Masters due to a freak off-the-course injury, but had finishes of T4 and T6 in his previous two tries.

Rose came very, very close to his first green jacket in 2017, losing in a playoff just two years after his last Augusta runner-up. His play suffered in the follow months, but since late August, no player has been hotter the world No. 5, who has three wins worldwide among 13 top 10 finishes in his last 16 events. Rose is one of just two players in the field with top 10s in the past three editions of The Masters, and there is little reason to think he won’t be a factor again on Sunday.

After nearly two decades of close miss after close miss on the major stage, Sergio finally notched major championship No. 1 when he bested Justin Rose in a playoff at last year’s Masters. The landmark victory came in major start No. 74, and with that overbearing monkey finally off his back, Sergio can play these events with just a fraction of the pressure he had in the past. The brand new father is coming into Augusta in even hotter form than last year, with top 10s in his past three PGA Tour events.

With a Sunday ace on the 16th hole in last year’s Masters, Matt Kuchar was very nearly the longtime Tour vet to capture major championship No. 1 at Augusta, but had to settle for a T4, yet another high finish without a major victory for the 39-year-old who also finished T5 in 2014, T8 in 2013, and T3 in 2012. Coming in a little under-the-radar in the midst of all the Augusta star power, Kuchar is in excellent form, finishing T8 at last week’s Houston Open, and T9 at the WGC-Match Play the previous week.

We were careful to not read TOO much into Bubba’s Genesis Open victory, concerned that it was perhaps a case of a player putting it together for a week at a course where he is exceptionally comfortable, but after the way he dominated the WGC-Match Play two weeks ago, we will confidently say it: Bubba Watson is back. He looks like prime Bubba off the tees and is hitting all the greens he missed in 2017, and nobody can dispute that he is a fit for Augusta: the two extra-long green jackets in the Masters closet can attest to that.

Coming off a tough 2017 season hurt by injury and personal issues, the now 30-year-old Day appears to be close to his best form, with a victory and a T2 among just four starts in 2018. Perhaps an even better sign: Day currently leads the Tour in strokes gained: putting. In his past seven Masters starts, Day has finishes of T2, 3, and T10, showing that he is comfortable at Augusta when his game is clicking.

It kind of feels like Scott, the 2013 Masters Champion, has been struggling, and while his results have not been up to his past standards, a deeper look into his play shows that statistically, he has been phenomenal from tee-to-green, where he ranks 7th on Tour in 2018. His putting has held him well back, but even that has been improving somewhat lately (he has been up-and-down within his events). Putting can be variable, and with four top-10s in his last seven starts here, including a victory and a runner-up, Scott obviously is not TOO helpless on Augusta’s greens. Vegas seems to be sleeping on Adam this year, meaning this could be an excellent chance to get a great Masters player at a discount.

The absurdly talented 23-year-old has been in a surprising nosedive since reaching No. 2 in the world rankings back in January, and is suddenly struggling to close tournaments, but nobody doubts he has the game to be fitted into a green jacket this Sunday by fellow countryman Sergio Garcia. Since last year’s Masters, Rahm has three wins worldwide among 11 top 10s.

Noren is not blessed with the kind of length that is typically seen from Masters champions, but with three finishes of second or third in his last seven PGA Tour events, including a third place at the WGC-Match Play two weeks ago where he dominated Justin Thomas in the consolation match, there may be no player in the field better equipped to Zach Johnson his way to a green jacket than the 35-year-old Swede.

The world No. 12 and reigning European Tour Race to Dubai Champion Fleetwood missed the cut at his Augusta debut last year, but should feel much more comfortable this season as he got to experience major contention at last year’s U.S. Open. Since last year’s Masters he has two wins and a runner-up in Europe, and currently ranks 7th on Tour in scoring average.