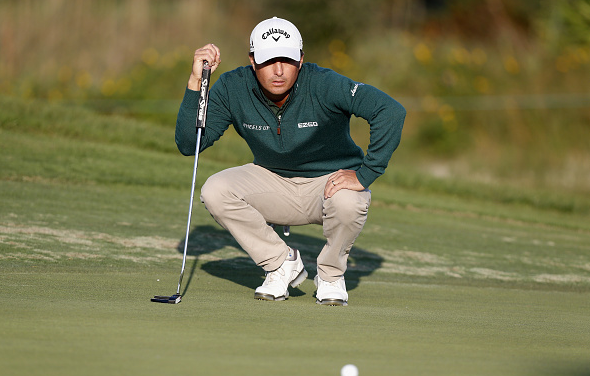 One of the great things about the fall events is that it seems to bring out the feel-good stories. This was illustrated again this past weekend when Pat Perez, the likable 40-year-old coming off an injury-truncated season and had not won in seven years, was able to soak in the winner’s circle after four rounds in Mexico at the OHL Classic.

We might miss the big names; it feels like forever since Jordan Spieth or Jason Day teed up, and the only action we have seen lately from Rory McIlroy and Rickie Fowler were on 2 am broadcasts from Shanghai.

But these early season tournaments have their share of exciting, tear-jerking elements. This week should be no different as the RSM Classic takes on an insatiable stage in the clement November air of southeastern Georgia.

The last event of the fall series, the RSM provides one final chance for the majority of Tour professionals to get their season off to a dream start. Those who do not take advantage of this opportunity will spend the next two months constantly ruminating on what could have been.

Among PGA Tournaments, the RSM had one of the most recent debuts, with the tournament starting in 2010. Formerly called the McGladrey Classic, the tournament traditionally draws a decent field, despite awarding one of the smaller purses.

Located off the coast of Georgia, St. Simons Island is a golf haven; many professionals have a residence in the area, which makes it a convenient add to a competitor’s schedule.

The RSM Classic is organized by the Davis Love Foundation, and unlike the Safeway Open, where Tiger Woods hosted, but did not compete, Love III, the recent Ryder Cup captain is slated to tee it up in Georgia.

The defending champion is Kevin Kisner. Kisner’s breaking-out party was a massacre, as the South Carolina native won by six strokes over Kevin Chappell. The victory was a huge relief to Kisner, who was coming off a frustrating season where he was great, but finished runner-up three times with no victories.

He had also finished runner-up the week before at the WGC-HSBC Champions. At the RSM, Kisner used a pair of 64s on the weekend to distance himself from his competition, and his 260 was the best winning score in the history of the tournament by four strokes.

Lowest Final Score: The RSM Classic’s record score is 260 by Kevin Kisner in 2015.

Kevin Kisner’s 2015-16 victory, his first professional win, did not come out of nowhere, nor did it surprise anyone. At that point of his career, Kisner had done everything but win.

He had finished T4 at the previous year’s McGladrey Classic (precursor to the RSM), and he put the entire Tour on notice when he nearly won The 2015 Players Championship, losing in a three-man playoff with long-time Players Specialist Sergio Garcia and eventual winner Rickie Fowler.

Everyone knew he was comfortable playing in the region as well; he is originally from nearby South Carolina and he was a collegiate golfer at the University of Georgia. Playing well was not unexpected, but the way he absolutely blitzed the field was.

Six-stroke victories do not happen often on the PGA Tour, and now he will be facing an embarrassed, angry field looking for redemption. The proverbial target is on his back.

Despite the victory last year, Kisner’s career has not quite taken off the way many thought it might. Kisner stayed hot after the RSM, posting solo-9th at the Hyundai Tournament of Champions, and a T5 at the Sony Open in his next two tournaments.

But since that stretch, the results largely have not been there. From January on, he did not really contend anywhere, with no finishes higher than a T10, and he was irrelevant in the majors, although he did make the cut in all four (finished T37, T49, 76, T18 respectively).

In that respect, his career trajectory has plateaued, but coming back to a place where he feels comfortable, this week should provide a good litmus test of where Kisner’s game is.

It is not uncommon for players to take some time off after the previous season ends, especially among the bigger names, but each week we have seen a few of them enter the field and make their 2016-17 debut. This week marks the first action since the Ryder Cup for two big-time players: Zach Johnson and Brandt Snedeker.

Zach Johnson, a two-time major winner, is coming off a good season by his standards. He had no solo victories, but finished in the top 10 five times, most notably a T8 at the U.S. Open, and a T12 in his Open Championship defense. He was also an asset for the victory of Team America at the Ryder Cup, scoring two points over his three matches (2-1-0), including a win in singles, from the anchor position, over Matthew Fitzpatrick.

Per usual for Johnson, he did most of his 2015-16 damage on and around the greens. He showed above average accuracy off the tees, but he continued to be one of the shortest hitters on Tour, finishing 167th in driving distance, although power has never been his game, something that was best-illustrated when he won the 2007 Masters by famously laying up on all the par-5s.

Brandt Snedeker’s season was even better than ZJ’s: he tallied a win, a runner-up, two other top three finishes, and finished in the top 25 of over half his events (14 of 27). The highlight of Snedeker’s season, however, was easily the Ryder Cup, where he was one of the stars in America’s victory effort.

Snedeker was the only player on either team to go undefeated (3-0-0), with Rafa Cabrera-Bello (2-0-1) being the only other player without a loss. He didn’t just win his three matches, he dominated them: he won both his team matches by multiple holes and took his Sunday Single’s match 3&1 over Andy Sullivan.

Snedeker, long-criticized for Sunday meltdowns, took a big step in making that officially a part of his past, finishing 6th on Tour in final round scoring average. He is still looking for that elusive first major, but he clearly has the game, and if it happens for him this year, it will have started at Sea Island.

Love III did not hold any trophies this past season, aside from the one he earned for his genius work as the Ryder Cup Captain, but he did make the cut in 11 of 14 events, an impressive feat for a 52-year-old. Love has played well at Sea Island before, finishing T4 at the 2012 edition, and posting a respectable T41 last year after a final round 66.

Singh, a Hall of Famer and lifetime PGA Tour member, is one year older than Love III, but had a more successful 2015-16 season (as a player anyway).

Singh did not contend as often as he has become used to, but he did finish solo-second at the Quicken Loans National and T6 at the Honda Classic. Even at his advanced age, he is still a force off the tees, finishing 20th on Tour in driving distance. His best finish at Sea Island is a T27 in 2012.

Furyk’s season debut was a dud, as he missed the cut at last week’s OHL Classic after shooting 2-over par between Thursday and Friday. Furyk is not coming off his best season, although his highs were very high: a T2 at the U.S. Open and a 58 in round 4 of the Travelers.

If the 46-year-old can avoid the injury bug this year (he missed three months in 2015-16 after wrist surgery), there is no reason to believe he cannot contend consistently. At 46 though, he may not have many great seasons left in him.

The former FedEx Cup Champion is still majorless, but has gotten his 2016-17 to a tremendous start with a T20 at the Safeway Open and a T4 at the WGC-HSBC Champions. A runner-up finish at the Valspar Championship was his best finish this past season.

The 34-year-old has six career victories, and at 38th in the world, is one of the higher-ranked players in the field.

Another member of the winning American Ryder Cup team, Matt Kuchar is coming off an exciting season where he also won the Bronze Medal at the Olympics. Like he often does, Kuchar was among the Tour leaders in top 10s with 10, including three third place finishes.

However, Kuchar was again irrelevant at the Majors and at 38 years old, his major window may be getting smaller. This will be Kuchar’s third appearance of the new season. The Georgia Tech product finished T25 at last year’s RSM.

He was the 18-hole leader last week in Mexico after a first round 63, but played himself out of contention with a mediocre round 2. Kirk finishes T18 at last year’s RSM, and had his best RSM finish, a T4 the year prior.

Chappell has not done anything special this season yet, with a T45 in the CIMB and a T35 at the WGC-HSBC Champions, but he is coming off a strong season where he finished 8th in the FedEx Cup standings, and was runner-up four times, including at The Players Championship, the season-ending Tour Championship, and last year’s RSM.

He has no career victories, but is looking close to breaking through. He is hoping to be this year’s Kevin Kisner.