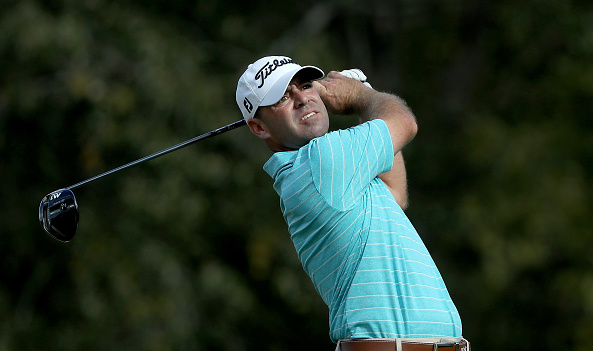 Ryan Armour posted a second-round 4-under 68 at the Country Club of Jackson, and will take the lead heading into the weekend at the Sanderson Farms Championship. 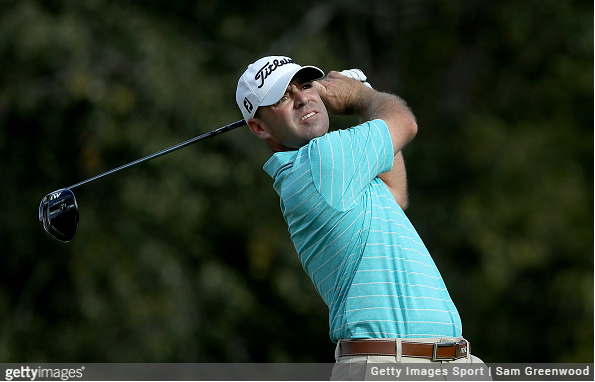 Armour, one of the co-leaders after 18 holes, got off to a rough start on Friday, with a bogey on his first hole. But the 41-year old journeyman dropped five birdies over the next six holes to post a 32 on his outward nine. A closing nine of even-par 36 gave Armour the clubhouse lead at 10 under.

“I’m happy. Wish I could have got a few more coming in on the inward nine,” said Armour. “To get off to the start I had, I didn’t expect that with the way it was blowing. I didn’t see very many low numbers in the morning. So I’m happy. I’m in the lead going into Saturday, and we’ll see what happens.”

One back at 9 under is Tyrone van Aswegen, who lit up the Mississippi course with 10 birdies on Friday to card a 7-under 65. His round also included a par-5 bogey and a double bogey.

“Chipped in twice. I think I bogeyed a par-5, which is crazy. Other than that, it was pretty good,” said van Aswegen, who finished T9 at the season-opening Safeway Open earlier this month.

Vaughn Taylor posted six birdies in a bogey-free 6-under 66 to reach 8 under. He is tied for third with Seamus Power, who was 4 under with two holes remaining when play was suspended due to weather conditions.

Aaron Baddeley posted a 4-under 68 and leads a group of four players tied for fifth at 7 under. Eight others are at 6 under, and T9.

Defending champion Cody Gribble carded a 3-under 69 on Friday and is on the cut-line bubble with 30 players left to complete the second round.

* Players did not complete second round.

“I mean, I feel better at 41 than I did at 31. The way we take care of ourselves now is a lot different than when I first turned pro at age 23. We thought we could burn the midnight oil; you don’t do that anymore. With nutrition and fitness and everything it’s definitely a lot different.”