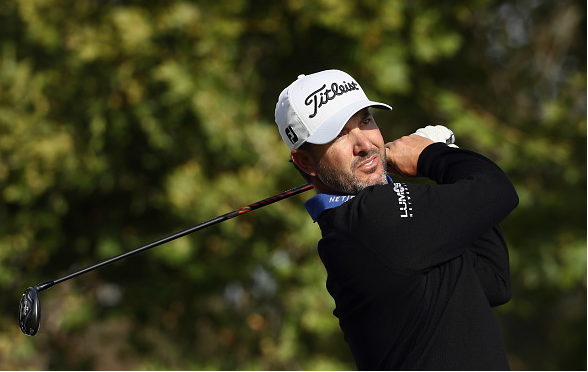 Scott Piercy is the first round leader of the Safeway Open after shooting a course record 62 at Silverado Country Club in Napa, California.

The 37 year-old Piercy is at 10-under par, following his record-setting round, which included 12 birdies. Playing in one of the morning’s marquee groups, alongside Matt Kuchar and Kevin Na, Piercy ripped off 7 birdies over the first 10 holes.

Despite his record setting day, Piercy finds himself only 2 strokes up on Paul Casey and Patton Kizzire, heading into Friday’s round two. Both Casey and Kizzire went bogey-free on their way to 8-under 64s.

When you set a PGA Tour course record, you’re not going to struggle too much in any aspect. And Piercy was pretty solid all around today, finishing 3rd in SG: Off The Tee (1.68) and 15th SG: Approach To The Green. It was his putting, however, that was the key to his round. Piercy was #1 in both SG: Putting (4.411) and Putts Per GIR (1.308).

Smylie Kaufman started out his season with a double bogey on the first hole.

And it didn’t get much better for the young rising star as he went Double Bogey-Par-Bogey-Bogey-Birdie-Bogey-Bogey.

Phil Mickelson started out his 2016-17 season with two straight bogeys. The most painful one being a 2 foot rim job.

His next two holes, birdie-birdie.#QuickHits

“I feel like the putter is coming around. And once you see a couple go in, the hole starts to open.”
–Scott Piercy, dicussing his birdie binge.

Scott Piercy on his course-record 62,