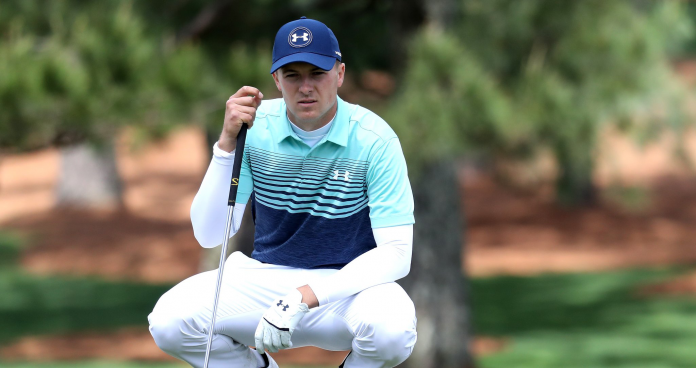 In the opening-round of the Masters, Jordan Spieth beat back his demons on No. 12 with a simple tap-in par. But now the young star may have another hole that could leave a psychological scar.

After dropping a birdie on the 13th hole (above video) to get to 1-under, Spieth bogeyed the 14th, and then made an absolute mess of the par-5 15th, which ended with a tap-in NINE!

It’s the second-consecutive round at Augusta National in which Spieth has recorded a QUADRUPLE BOGEY.

This does not bode well for Spieth’s statistical chances of winning a second green jacket. According Justin Ray, a researcher with the Golf Channel, no player has ever recorded worse than a 7 on a hole, and gone on to win the Masters.

Jordan Spieth records a 9 on 15. No player has ever made worse than 7 on any hole in #TheMasters & won that week.