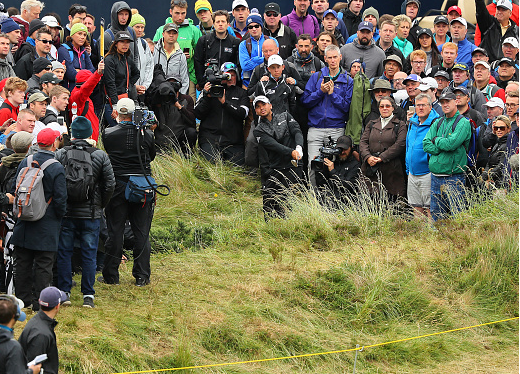 The back nine at Royal Troon has been downright brutal this week at the Open. Players have seen many a rounds come to a screeching halt, as holes 10 – 13 and their difficult tee shots act as a punch in the gut to start the back – especially after a relatively easy front.

How much harder is the back nine?

The numbers will shock you.

Take a look at this tweet from Kyle Porter of CBS, which details the scoring on the front and back for the past two championships at Royal Troon.

Incredible stat on Golf Channel via @JustinRayGC. In the last two Opens, here’s how the nines at Troon played.

The performances of some of the game’s best back this stat up. See how Jason Day has fared so far this week.

Tale of 2 Nines at #TheOpen
Jason Day 4-under out. 4-over in. pic.twitter.com/7wJDlZHK9A

Billy Horschel probably wishes he never had to step foot on the back yesterday, shooting 11-over on the back and missing the cut.

Billy Horschel goes 67-85 (including 46 on back nine today; eight over par on a three-hole stretch): pic.twitter.com/vqLpy3Yctw