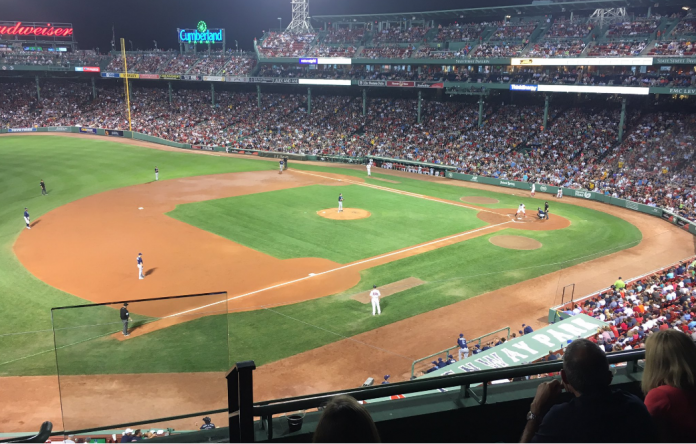 Players To Watch Outside the Top 70 in FEC

Only the players who rank inside the top 70 at the conclusion of the Deutsche Bank Classic will move on to the BMW Classic. Here are a few of the golfers in the 71-100 range who are most likely to make a move and extend their playoff:

#75 Chris Kirk – The 2014 Deutsche Bank winner has been switching between decent starts and missed cuts. He missed the cut at The Barclays, so it is time for another decent start. At just five spots out, Kirk doesn’t need a miracle weekend, although he does need to play well.

#84 Jim Furyk – The most obvious addition to the list, Furyk is way back because of the ground he lost when he missed three months with a wrist injury. Furyk has two top 10s in his last three events, and will likely be extra motivated by a potential Ryder Cup Captain’s pick.

#94 Bryce Molder – Molder has been very inconsistent this year. He has missed five of his last six cuts, but prior to that downturn, he was on a streak of four finishes of T12 or better in six events (and was T24 in one other). Between a strong round 3 at the Travelers and a good round 1 at The Wyndham, Molder is showing signs of coming back to life.

#95 Vijay Singh – With two victories, the 53-year-old Singh is the all-time leading money winner at the Deutsche Bank. Singh has made the cut at every non-major the past five months, which gives him a decent chance here.

The European Ryder Cup team posted the twitter handles of everyone on the team.

They "say" only a few left. Perhaps they just can't see them. #camo #RyderCup https://t.co/wyKYEOJlpq pic.twitter.com/rej3LCLYua

Emiliano Grillo, the lock for the PGA Tour’s Rookie of the Year, takes in a Sox game.

Advice of the Day

The latest from one of our favorite guys on Tour, Steven Bowditch. The Aussie explains how his parents helped him become good at golf.

Dad called. Talking old days. I learnt with 2w 4,7,pw putt.. Couldn't get a full set till I was off single digits.. Great advice 4 parents

Scenery of the Day

Always time to get better.

Bubba Watson got a comfortable seat on his flight to take care of important business. Like fantasy football!

Thanks @Flexjet for the upgrade! About to do my fantasy football pre-draft rankings… #FlexJetLife pic.twitter.com/yzNJnxnCwf

Watch Patrick Reed knock a drone out of the sky: https://t.co/bjgm2OyMEn pic.twitter.com/IkMsokPrDQ

Perk of the Day

It doesn’t take long for Danny Willett to find parking.

Rocco Mediate is in Alberta, Canada for the Champion Tour’s Shaw Charity Classic. Mediate won his first PGA Tour event in 1991 at the Doral Ryder Open.

Rocco sits down to play ‘This is 1991, Rocco Mediate Trivia’. How many of these do you remember?

.@RoccoMediate is in the field this week @ShawClassic. Let's play some 1991 trivia with him. https://t.co/kE1oeYQjgO

BTW: How could Rocco not remember C+C Music Factory?

Perk of the Day: LPGA Style

A number of LPGA professionals were treated to a donut bar.

Wind finally calmed down and got to play some more holes today ! ??#letmeloveyou

Ryann O’Toole gets her workout in while Brittany Lincicome has her makeup done for a TV appearance.

See why it's different out here! Getting my workout on while @brittany1golf is getting her hair and makeup on like a superstar! #LPGA #lookinggood #girlswhogolf

Justin Rose got a gold iphone to match his gold medal.

Thank you so much @_creativegold_ Love my new GOLD phone… Follow them in the next 24 hours for a chance to WIN a signed #Team?cap… ???