The NFL Playoffs may have captured the majority of the sports-viewing public this weekend, but the best action may have been in Honolulu, which saw a missile panic, a caddie land in critical condition, and a labor dispute walkout by Golf Channel employees. 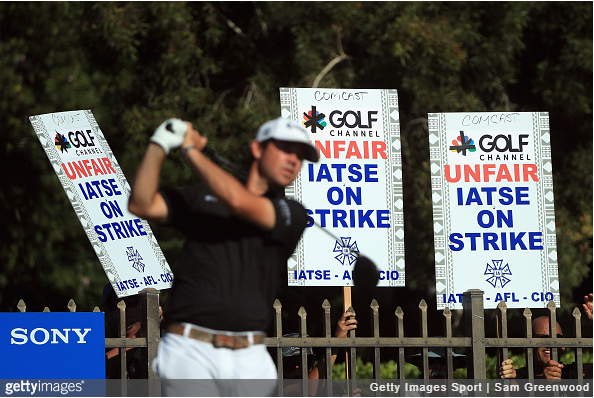 And that was just the off-course action.

Inside the ropes at the Sony Open, James Hahn played the role of Drew Brees, and nearly orchestrated an unthinkable comeback, shooting a tournament-low 62 on Sunday, before being stunned on the sixth extra hole by early-season breakout star Patton Kizzire. 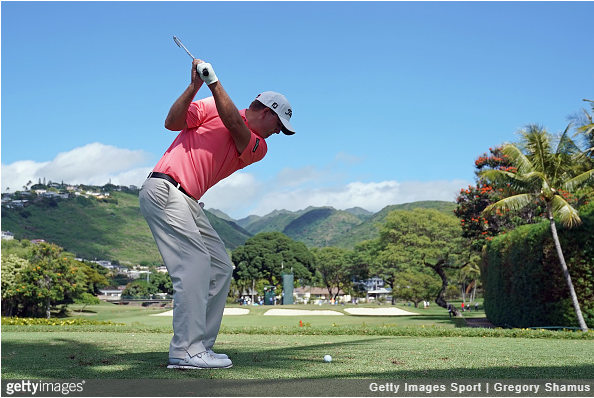 A late double-bogey and a missed birdie putt on the 72nd hole kept Hoge, the 54-hole leader out of the Kizzire/Hahn playoff, but his T3 was easily the best finish of his career.

In just six events this season, the 28-year-old TCU product, has earned $725,310, already the most of any single season in his career.

After a difficult 2017 season where Hoge earned just $373K and fell outside the top 160 of the final FedExCup standings, he looks like a different player, and barring an incredible falloff, he shouldn’t need to attempt to get his card back through the Web.com Tour finals, as he did last year. 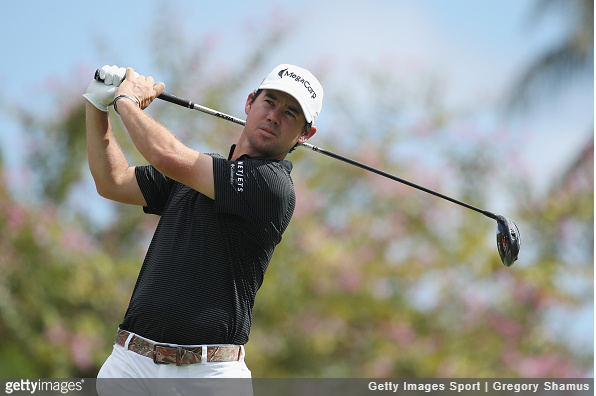 Harman was disappointed that he could not get it done on Sunday, as he was just one back of the lead after 54-holes, but his T4 finish marks the fifth time in five starts in the new season that he finished inside the top 10, with four of those in the top five.

It is some incredible consistency for the 30-year-old who has never had more than seven top 10s for an entire season.

His 64-63 start at Waialae set the pace for the field, and he continued to show phenomenal accuracy off both the tees and into the greens. Harman will be looking to make it 6-for-6 on the season when he tees up in this week’s CareerBuilder Challenge. 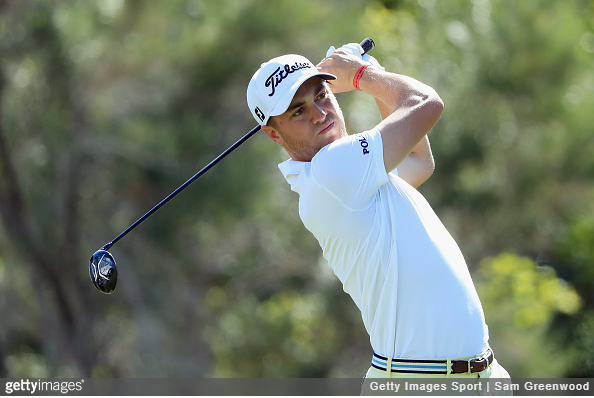 For the second consecutive week, Justin Thomas underwhelmed as the tournament’s defending champion.

In a vacuum, Thomas’s 12-under-par T14 performance is respectable at worst, and hardly worrisome when projecting his future, but this isn’t a tournament he simply won last year, he absolutely obliterated the field in setting the PGA Tour’s all-time scoring record (253). He surprisingly needed 15 more strokes this year than he did last year.

Still, Thomas is refusing to get down on himself, saying he “easily” could have won this tournament in another rout. It appears that Thomas is still bullish on his present and future prospects, but the execution, especially in his short game, just wasn’t there this week. 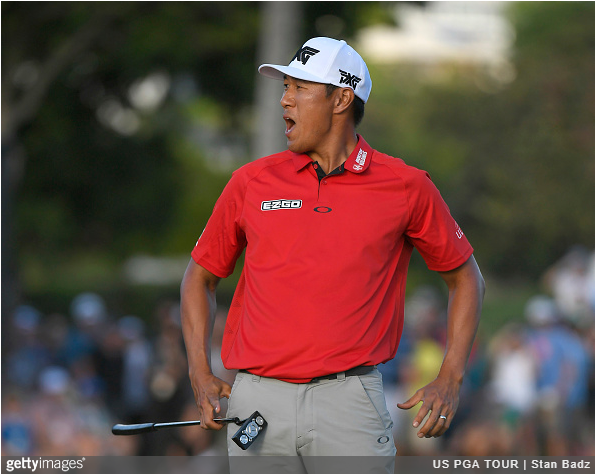 Hahn’s torrid Sunday stretch, where he birdied seven holes in an eight-hole span, from 8-15, vaulted him to the top of the leaderboard, and into a playoff with Kizzire.

His final-round 8-under 62 was the field’s low round of the week, something most players would be thrilled with. Hahn, however, took the playoff defeat hard, and rather than declaring a moral victory, the 36-year-old is instead lamenting on the missed opportunity.

The two-time Tour winner commented after the round that at his age, and given the talent of the Tour, he will only have a handful of great opportunities for victories. He said that he felt “defeated”.

1(b). Hahn, the Fantasy/Gambling Option

Speaking of Hahn, wow is he difficult to figure out. This was his first start after a two-month layoff, but in his last two starts he had a T40 and a T77. There wasn’t much to base confidence in him on.

Same with his two career victories: When Hahn won the 2015 Northern Trust Open, a tournament in which he bested Dustin Johnson and Paul Casey in a playoff, his most recent top 10 had been the previous June. When he won the 2016 Wells Fargo Championship, he had missed the cut in his previous eight(!) starts.

He is not somebody who has long stretches of great play, which makes him tough to bet on. 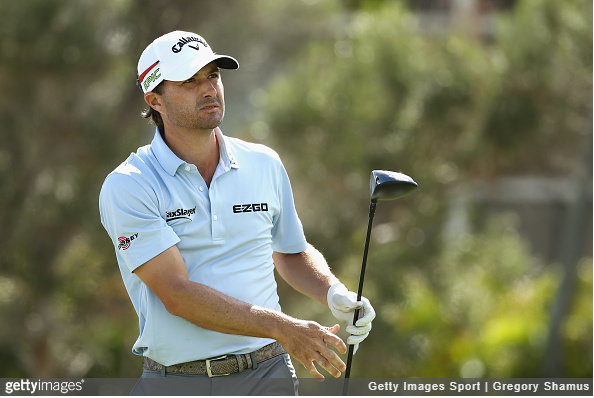 Despite having to wear an Alabama jersey for a hole on Thursday, the result of a lost bet with Justin Thomas on the National Championship Game, Kevin Kisner looked great through two rounds, posting 68-64 to get right into the mix at a tournament where he had a third-round 60 last year.

The weekend was far less kind to the Georgia Bulldog, however, as a third-round 1-over 71 knocked him outside the top 25 after 54-holes. Kisner got hot early on Sunday, reaching 6-under through 12 holes, but faltered badly down the stretch, playing his final six holes in 3-over par to finish T25 for the tournament. 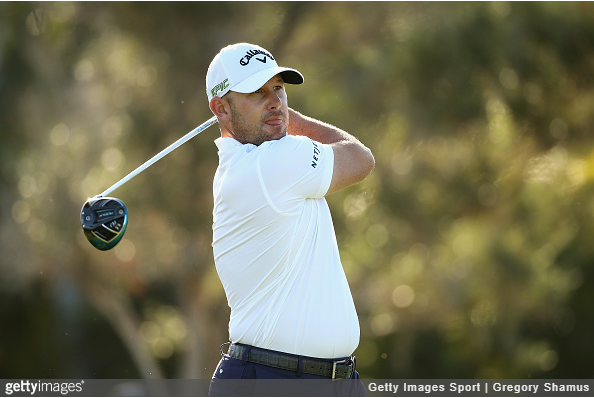 The biggest drop down the Sunday leaderboard came from Scott Brown, who plummeted 44 spots after a field-worst 5-over 75. Brown got off to a disastrous start, carding four bogeys and a double over his first seven holes, giving himself too much to overcome on the way to a T65.

It is not the first time this season he’s had trouble closing, as an abysmal 76 in the final round of October’s CJ Cup at Nine Bridges dropped him from the 54-hole co-lead to T5.

Final round scoring was a big problem for Brown last season, as his 71.5 Sunday average was ranked 163rd on Tour.