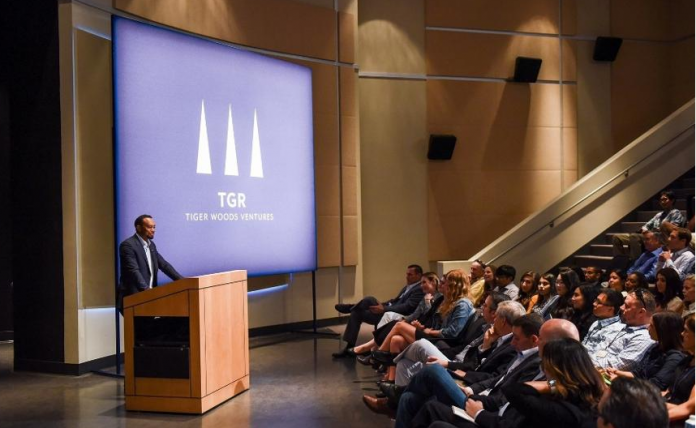 Tiger Woods announced a new phase to his off-course business ventures which he is calling “Chapter 2: my evolution as a competitor off the course.”

Gone is the ‘TW’ golf fans have become accustomed to, and in its place is ‘TGR’.

“I’ve spent nearly two years developing TGR with my team. And this is what we are about: the pursuit of excellence beyond all limits,” stated Woods on his website. “I approach everything I do with a mindset to be the absolute best. The method I follow to get there is inspired by precision, with the end goal of elevating standards and the status quo. And I’m always striving for the kind of mastery that naturally results from focus and a willingness to keep learning.”

According to a story at PGATour.com, the TGR label will unite Woods’ business ventures under one roof, “such as his involvement in various events, including two official PGA TOUR tournaments, the Quicken Loans National and the Genesis Open; his golf course design company; his restaurant in Jupiter, Florida; and the Tiger Woods Foundation.”

“As I enter this next chapter with TGR, I’m committed to building a legacy that goes beyond just me,” Woods continued in the release. “Because true excellence — TGR’s kind of excellence — knows no limits.”

The logo, with TGR (TiGeR) situated underneath three symbols, which apparently signify the three principles of TGR: mindset, method, and mastery.

“What you see here is more than just a logo; it’s the symbol of our future, a mark that proudly shows our mission and beautifully tells our story to the world,” Woods told his team. “This means an even deeper, more serious and more visible commitment to our future and the changes that will come along the way.”

As for the design of the logo, Woods said there’s a golf-related way to look at it.

“Even three trees,” he said, “because I’ve been known to hit into them. My last name is Woods, after all.”