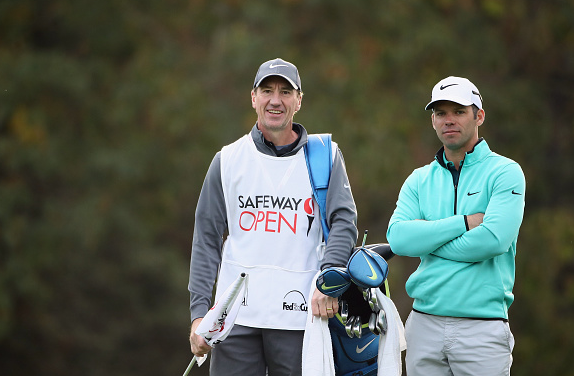 If you were to choose four golfers whose stars shone the brightest this fall, from the Barclays to the Ryder Cup, three of them would be fairly easy to name: Patrick Reed, Dustin Johnson, and Rory McIlroy – the winners of the 4 playoff events, and stars at the Ryder Cup.

The fourth player is Paul Casey.

The 37 year-old Englishman did pretty much everything but win during the FedEx Cup playoffs. After a T31 finish at the Barclay’s in New York, where he shot a solid even-par, the Arizona State alum finished 2nd at the Deutsche, 2nd at the BMW, and 4th at East Lake in the TOUR Championship.

Because of his full time status on the PGA Tour, Casey wasn’t eligible for the European Ryder Cup team – which had many Euro golf fans riled up.

But that little layoff didn’t seem to hamper Casey’s golf game, as he started his new season the way he ended his last one. With another Top 5.

As the PGA Tour noted on Twitter, Casey is on one pretty hot streak.

Over these four events, Casey never finished outside the Top 5, with an average place position of 2.75. More importantly, he also raked in a mind-blowing $2,525,000.