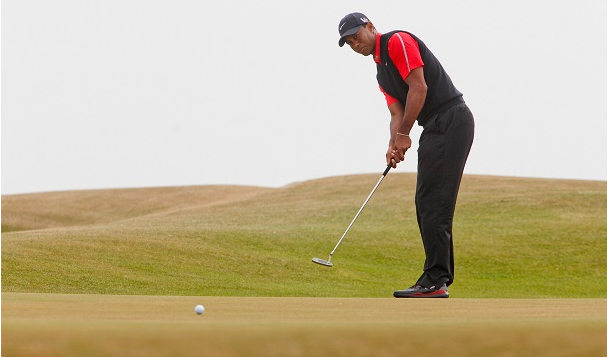 According to a report on CBS by Kyle Porter, per Bob Harig’s tweet, Tiger Woods will continue to play Nike irons but will test out a Bridgestone golf ball during his return to action this weekend in the Bahamas.

To be clear on #Tiger equipment: has made no endorsement decisions but for now TM woods, Nike irons, Bridgestone ball, Cameron putter

The former world number one, and still the Tour’s most popular, is lining up all kinds of new sponsors for his anticipated return to the PGA Tour – which starts this weekend at the Hero World Challenge.

Per Porter at CBS Golf.
Woods will also reportedly begin using Bridgestone golf balls, though he’s still trying out a variety of clubs and irons to replace his Nike sticks now that the apparel company is getting out of the equipment business.

What will be fascinating is to see which sponsorships Woods gains and loses over the next decade as his career (potentially) surges one last time before fading for good. For now, the coffers still seem to be full as well they should be. Tiger is still the biggest draw (by far) in golf.

Bridgestone Golf posted a hint to Instagram a week ago.

So much to be thankful for! #thankful #bestballever #mondaymotivation