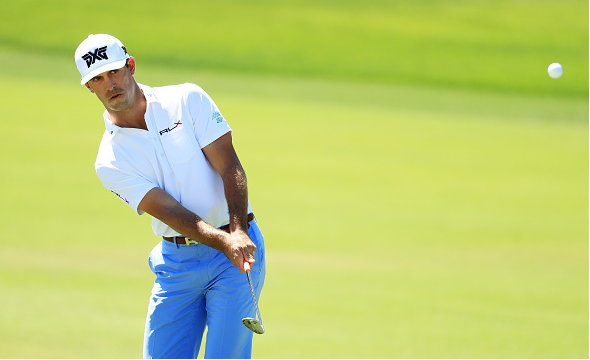 There are so many amazing venues on the PGA Tour, and professionals will say that it is an honor and privilege to play any of them.

That being said, there’s something special about Augusta National and The Masters. It’s the tournament that everyone dreams about playing as a kid. Likewise, the green jacket is one of the most distinguished prizes in all of sports.

The tournament course at the Golf Club of Houston isn’t Augusta, although in terms of style and features, it is one of the closest on Tour, but it does offer something that can change a career: a Masters exemption.

Since 2007, when the Shell Houston was moved to the week before The Masters, one of its biggest appeals is that it is the last chance to get into the field at Augusta.

On four occasions a non-exempt player won the tournament to get into The Masters field, including Jim Herman last year. The others were Matt Jones (2014), D.A. Points (2013), and Johnson Wagner (2008).

The Shell Houston field is replete with non-exempt players who would give anything to be at Augusta next week.

Here’s a look at the top five ‘name’ players who need a win to get in:

An Augusta, Georgia native, The Masters is especially meaningful to Howell III. However, he has not yet qualified for this year’s version, despite being in the midst of a tremendous season where he has had four top 10s in 13 events, and currently ranks 13th in the FedEx Cup standings.

He finished runner-up at the difficult Farmer’s Insurance Open, and had a very strong showing at last week’s WGC-Match Play, winning a brutally-difficult group over Tyrell Hatton, Rafa Cabrera-Bello, and Jeunghun Wang, before falling victim to the Jon Rahm buzzsaw in the round of 16.

At 64th in the world, Howell III is the highest-ranked player not currently in the Masters field.

Finau, the long-hitting Utah native, is off to a fantastic 2017 on the PGA Tour, with three top-10 finishes already. He has one career victory, at last year’s Puerto Rico Open, but that event does not offer a Masters exemption, so Finau has still not played Augusta on the biggest stage.

He got off to a great start in Houston last year, with a first-round 68, but an untimely 76 in round two caused him to miss the weekend. He has been phenomenal tee-to-green this season, but troubles on the greens have held him back. He is currently ranked 72nd in the world.

The 30-year-old former FedEx Cup winner is ranked 71st in the world, and has two top five finishes in 10 events this season, but has not yet received a Masters invite.

Horschel played well at Augusta last year, but a T17 was just a little short of an automatic exemption, so he is taking his chances in Houston, where he hasn’t played since finishing runner-up in the 2013 edition.

A regular on the lists of best players to never win a major, the 39-year-old Donald may not have a lot of time left to get off that notorious list. Donald is coming off a 2016 season where he finished runner-up twice and earned $1.6 million, a far cry from the $6.6 million he netted in 2011, but still respectable.

He missed last year’s Masters, but has three career top 10s in the event. A win in Houston might mean as much to him as anyone in the field.

It seems crazy that a man who played in the final group on Sunday at Augusta last year might not even make the field this year, but that is what Smylie is facing.

The final round 81 that dropped him from second to T29 in the Masters field may have caused considerable harm to his psyche, as he has not been the same since. He has missed 15 of his last 23 cuts since that event, and 2017 has been an especially large struggle as he has missed 7 of 10 cuts with nothing better than a tie for 45th place.

If Kaufman wants his shot at Masters redemption, he will need to play much better than he did in his last event, the Arnold Palmer Invitational, where he missed the cut after shooting 78-77.