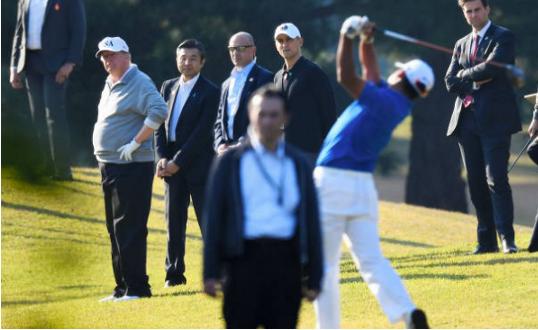 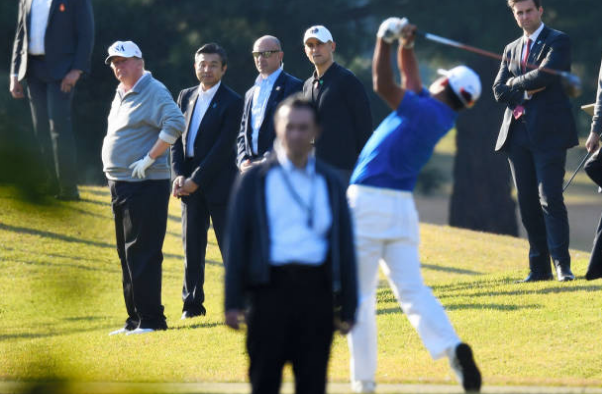 President Donald Trump made his way over to Japan on Saturday for a 13-day working tour through Asia, and the 45th POTUS went straight to work… on the golf course.

Trump, wearing a bulky bullet-proof vest, surrounded by a massive security detail, played his inaugural round in Asia alongside Japan Prime Minister Shinzo Abe, and World No. 4 Hideki Matsuyama – “two wonderful people,” according to a Trump tweet.

Trump teed it up with Abe earlier this year, when he hosted the Japanese PM at Trump National in Jupiter (FL).