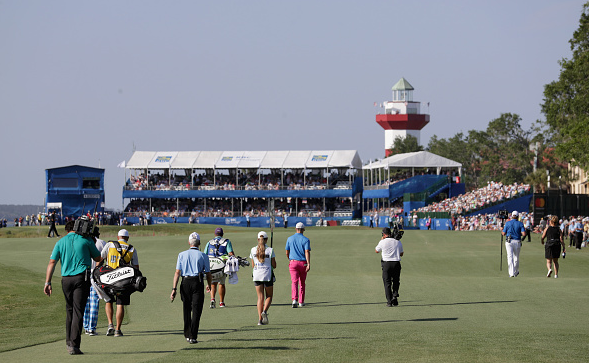 Last week at Augusta National, 37-year-old Sergio Garcia won his first career major at the Masters, taking home the vaunted green jacket. This week, 27-year-old Wesley Bryan recorded his first ever PGA Tour win at the RBC Heritage, and like Sergio, earned a famous jacket – this one plaid.

The former youtube sensation, rallied from four shots down, to post a final-round 4-under 67 and finish at -13 – one shot clear of runner-up Luke Donald – to earn his first big league check.

The win was something of a career game-changer for the South Carolinian as it secures a two-year Tour exemption and earns him invites to some big-money events – Majors, WGCs, Invitationals, Playoffs, and the 2018 Tournament of Champions at Kapalua.

As part of closing up shop on another week, and moving on (or back) to Texas for the Valero in San Antonio, here’s a look at the PGA Tour’s weekly video recap from Hilton Head.

Until next time, Harbour Town. ? pic.twitter.com/5GhoN7xoUD