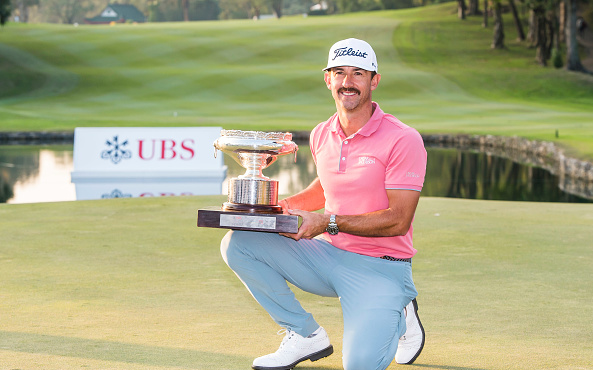 Australian Wade Ormsby shot a final-round 2-under 68 to capture his maiden European Tour title at the UBS Hong Kong Open.

The 37-year old journeyman started his Sunday round at Hong Kong Golf Club one back of 54-hole leader SSP Chawrasia, and after an front-nine even-par 34, the Aussie’s deficit was four. 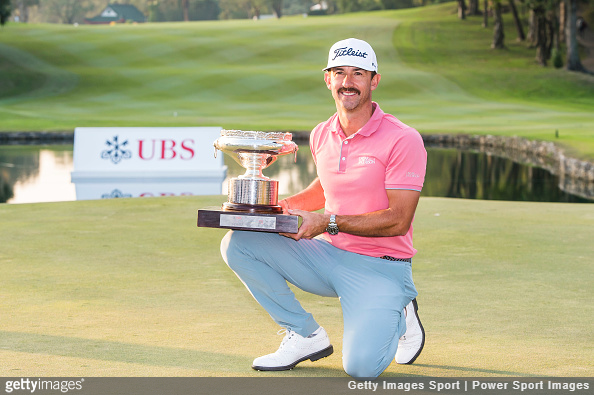 But a triple bogey on No. 9 by the leader Chawrasia opened the door for a host of contenders, including Ormsby, who rode a inward-nine 32 to finish at 11 under, one clear of the field.

“It means a lot to me. I’ve played a lot of golf in Europe, everywhere, and a few bumps along the way but it’s pretty cool to get a win this late in your career,” said an emotional Ormsby.

“I didn’t think it would take this long but first one’s always pretty special. I said at the start of last year, I want to play a Major and win a tournament before my career is done so I’ve done both those things this year. I’m really happy about that.”

A group of four players finished one back of Ormsby, including Spain’s Rafa Cabrera Bello (69), who got hot down the stretch until a final-hole bogey ended his chances. Sweden’s Alexander Björk (68), along with Americans Paul Peterson (67) and Julian Suri (66) also finished at 10 under.

Race to Dubai champion Tommy Fleetwood was solid once again, posting a 68 for his fourth consecutive sub-70 round. The Englishman signed for a card with 17 pars and one birdie to sit one shot ahead of four-time winner Miguel Ángel Jiménez, who carded a low-round 7-under 63.

The 53-year old Spaniard finished bogey-free with seven birdies, highlighted by three straight on hole Nos. 4, 5, and 6, to sit alongside Chawrasia and American Micah Lauren Shin at 8 under.

“I love to come here,” said Jiménez, whose 63 was also the low round of the week. “This golf course always makes me feel good because you need to play the game here. It’s not only about hitting it hard, you also need to control the ball. I was hitting the ball so well today and really enjoying myself out there.”

Tournament headliner Justin Rose, while not spectacular, was very solid in posting his third 68 of the tournament – and fourth sub-70 round, to finish T10 at 7 under.

A look at the four rounds of winner Wade Ormsby.

HOLE OF THE DAY

Wade Ormsby birdies the 17th to offset a final-hole bogey and a one-shot victory.

“I’ve played a lot of golf in Europe, everywhere, and a few bumps along the way but it’s pretty cool to get a win this late in your career.”
– Wade Ormsby, UBS Hong Kong Open champion