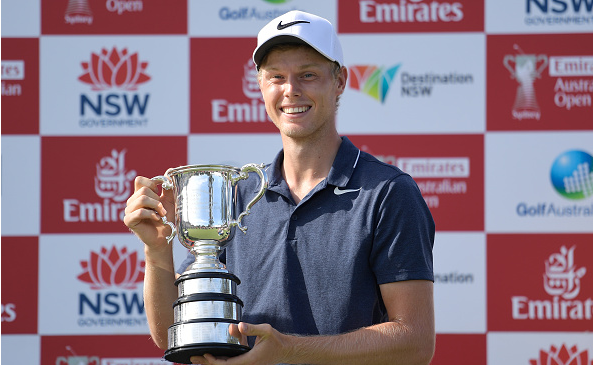 The 22-year old Aussie finished his four rounds at The Australian Golf Club in 11 under, highlighted by bookend rounds of 63 and 64, respectively. 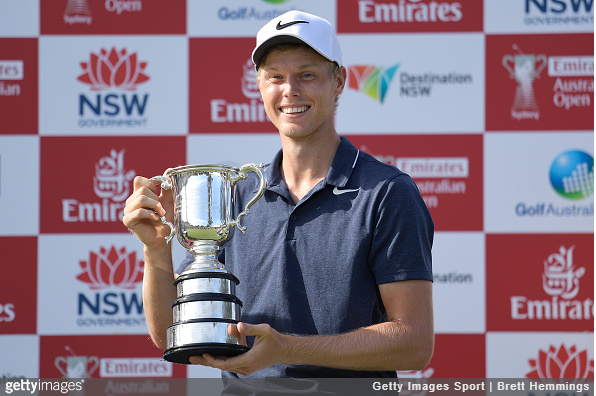 With such a large deficit to start, and a world-class player like Day at the top, Davis assumed his chances of winning were slim, so he never peaked at the scoreboard and kept grinding for 18 holes – with a more realistic goal being a top-3 finish and invite to Carnoustie.

“It’s a little bit numb at the moment, I think. I just didn’t expect to be in this situation, even though I had a great round, I just didn’t think I was going to be far enough up the leaderboard,” said Davis.

“I didn’t look at the leaderboard all day; that was probably good for me to do. I just kept on going, just tried to keep playing my game and just keep pushing and pushing and see how far up I could get really.

“I didn’t even see the leaderboard before I hit that putt on the last hole. I made that, and I thought, I’ll be up around the top, but to come into the scorer’s hut and see where I was at, I was kind of blown away. I had no idea I was going to be there.”

Tied for second, and earning the other two invites to the 2018 Open at Carnoustie, were Aussie Matt Jones and Sweden’s Jonas Blixt, who posted matching 68s to finish at 10 under.

Cameron Smith shot 3-under 68 on Sunday to move into sole fourth at 9 under, one clear of 54-hole leader Day, who carded a disappointing 2-over 73.

Day’s final round started nicely with a birdie on the first which got him to 11 under – the eventual winning score – but after that it was mostly downhill for the Aussie. A double bogey on No. 9 followed by bogeys on 11 and 13, essentially ended the 30-year old’s chances for a title in his homeland, and the first of any kind since the 2016 PLAYERS. 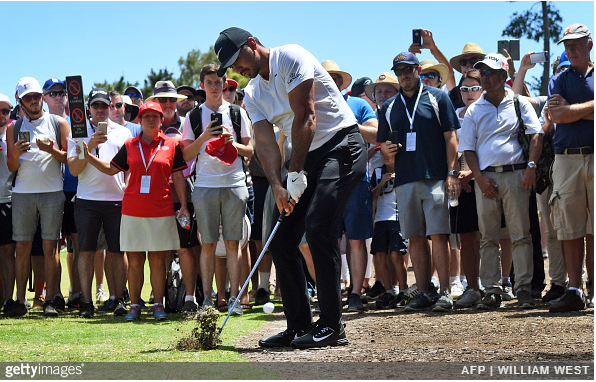 Defending champion Jordan Spieth, meanwhile, shot a 4-under 67 to move into the top-10 at 6 under.

A look at the four rounds of winner Cameron Davis.

Australian Open: Davis Outshines Day, Spieth on Day One
Lucas Herbert Leads Jason Day By One in Australia
Jason Day Leads By One After 54 Holes in Australia

And that fist pump too.

OUTRIGHT LEADER @camdavisgolf finishes with a birdie on 18 for a superb 11-under tournament finish.

That is well deserving of a fist pump ? #AusOpenGolf pic.twitter.com/uaU6kbc4tB

“It’s a little bit numb at the moment, I think. I just didn’t expect to be in this situation. Even though I had a great round, I just didn’t think I was going to be far enough up the leaderboard.”
– Cameron Davis, 2017 Emirates Australian Open champion