Jimmy Walker fired a 5-under 65 in the rain-delayed second round of the WGC-Bridgestone Invitational, and will take a two shot lead into the weekend at Firestone Country Club. 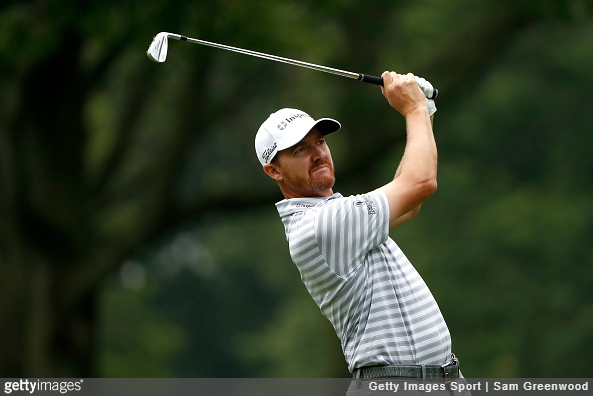 Walker, who will defend his PGA Championship title at Quail Hollow next week, signed for a scorecard that included just one bogey against six birdies.

“It hadn’t been a lot of fun this year. I mean, I had a few okay finishes, a lot of 30th, high 20s, just stuff that’s not moving me around,” said Walker, who has struggled this year, after being diagnosed with Lyme Disease. “But it’s nice to see some putts go in and make some solid swings and keep rounds going, make some par putts, just the stuff I haven’t been doing.”

Walker cruised home bogey-free with a pair of birdies on 12 and 15 to finish with a low-round of 65.

Alone in second is first-round leader Thomas Pieters, who posted an even-par 70 to remain at 5-under.

Pieters got off to a bogey-birdie start but after that it was just one more of each to finish dead even for the day. 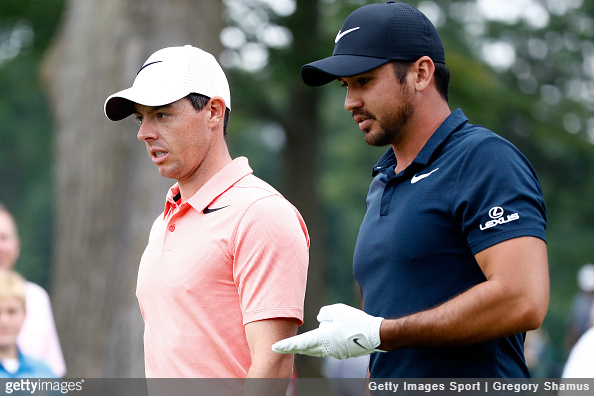 Jason Day (66) and Jordan Spieth (70) headline a group of six players tied for seventh at 3-under.

Day had the ’59 watch’ going early when he ripped off four birdies over the first five holes to get to 4-under with 13 holes remaining. But the slumping-star cooled off dramatically, finishing at even-par the rest of the way with a matching pair of birdies and bogeys

“I put myself on the greens, I was holing some putts, which was nice. To be able to do that again kind of brought up the memories of 2015 and 2016. It’s all good things,” said Day, who has just one top 10 on the season. “I’ve been working very, very hard on my putting and my — pretty much everything in my game to try to turn it around and it seemed like there’s a nice little glimmer of hope there.”

Tommy Fleetwood is alone at 2-under. Defending champion Dustin Johnson struggled to a 5-over 75 and dropped 31 spots on the leaderboard (T9 to T40).

“It’s always important to have a good week. I haven’t had too many this year, it’s kind of rough. But things have been trending, I kind of feel like, and hopefully this is shades of things to come. It’s felt solid the last couple days. Even last week, I hit it well, just didn’t put anything together, but it’s starting to kind of come together, making some putts and it’s nice to see.”