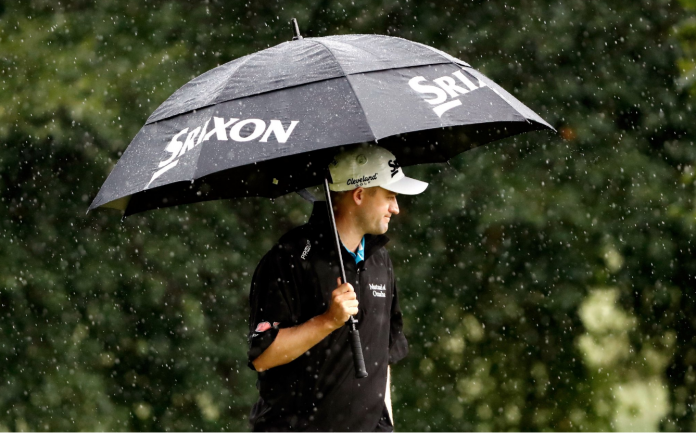 As we reported in this week’s weather report, thunderstorms moved in to the Akron area, delivering heavy downpours. At about 1 PM play was suspended for three hours at the WGC-Bridgestone Invitational.

"I don't think the worst of it is coming down for some time yet"!! ? @WGC_Bridgestone @EuropeanTour pic.twitter.com/1ZeCAbZn0D

Tournament officials announced that play will resume at 4:30, and the driving range began to fill up.